Women Are Becoming A Powerful Presence in the REIT World

There are a growing number of women holding influential positions currently in the REIT industry. 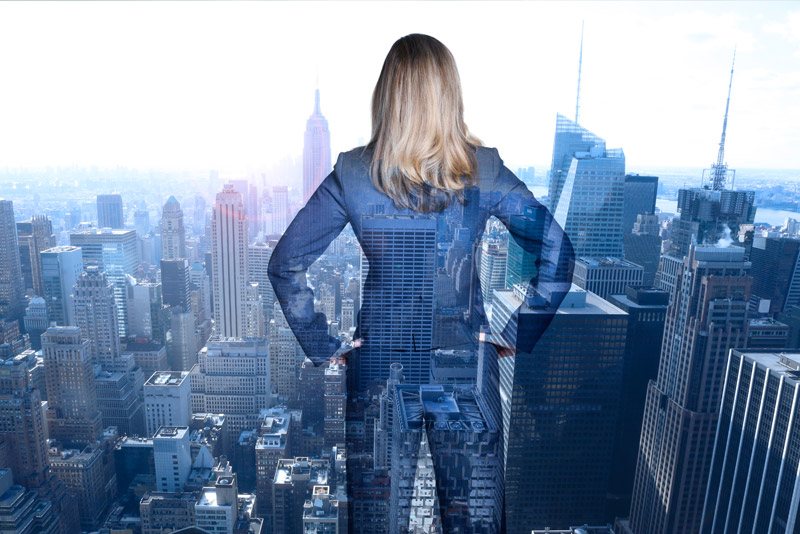 Real estate companies were often formed as family-run businesses where the patriarch would eventually pass down the operation to his sons, points out Anna Chew, vice president and chief financial officer of UMH Properties Inc. (NYSE: UMH). Those men networked with engineers, construction workers, contractors and others in the business, further solidifying the prevalence of testosterone within the industry. Real estate was the old boys’ club.

That has certainly begun to change, especially within the REIT industry. It is no longer an anomaly to see female executives within the C-suites of these companies. There is certainly still a long way to go before boardrooms comprise men and women equally (not just at REITs, but across all of Corporate America as well). However, Chew says that women are now found more frequently in high-profile positions, and that will only increase.

“Women started a little later, and it was a man’s world at one point,” she says. “It just takes time.”

There are a growing number of women holding influential positions currently in the REIT industry, and here is a sample of how some of them including Chew, landed starring roles at REITs. 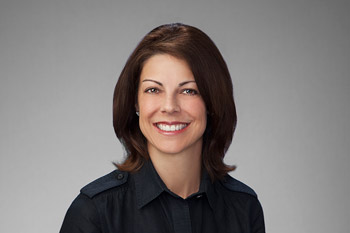 Laurie Baker’s take on how she got her job has a decidedly different twist from the typical networking anecdote. She was living in Washington, D.C., but while visiting family in Texas after her first child was born, she found a way to get back to her home state.

These days, she’s senior vice president of fund and asset management for apartment REIT Camden Property Trust (NYSE: CPT), which was named one of the best workplaces for women. She also serves as the 2016 president of the Commercial Real Estate Women (CREW) Network, a business networking organization. Baker, who earned an MBA from George Washington University, is the mother of two college students in Texas.

REIT: What, in your opinion, is the biggest challenge facing women in real estate?

BAKER: For women to appreciate the impact they can make, realizing how important they are to the industry and their companies. On the flip side, companies need to appreciate the impact women are having on their organizations. Women need to see commercial real estate as a viable career choice, and their talent, leadership, and unique skill sets can transform our companies in a way that helps advance the industry.

REIT: If you could pick one way to change the REIT scene for women, what would you do?

BAKER: To embrace the wisdom and skills of all individuals. Gender should not be a factor in ruling out talent, nor should color, age or origin for that matter.

It’s very important to consider the depth of talent at the table.  Diversity provides opportunities for awareness and better decision making, which ultimately leads to greater success for our organizations.

REIT: What would you tell a woman in college who is interested in real estate? How can she rise in the industry?

BAKER: Success is achieved through taking chances. Think about what you would do if you weren’t afraid. Have goals and then go for them. We need to take risks and put ourselves out there. This is where we gain our boldness and greatest confidence.

When you accomplish it, people see you in a whole different light. They’ll see that you’re willing to roll up your sleeves and you’ll gain confidence by your success.

Historically, the real estate business has been a male-dominated business. If you’re going to be able to succeed, you’ve got to get in there, work hard and leverage your relationships. You’ve really got to take chances.

REIT: What are the most important pieces of advice you find yourself sharing with others in the industry?

BAKER: There is one person responsible for managing your career, and that is you. Never stop learning and look for opportunities to constantly grow.

A lot of learning comes from listening. Listening to others in your organization so that you can help them solve their problems so that everyone can be successful. It brings value to the entire organization and helps you grow in the process.

REIT: What does Camden do to encourage the hiring and promotion of women?

BAKER: Camden hires and promotes based on a team member’s demonstrated abilities, which is very appealing to women. We don’t feel like we’re slighted.

There has never been a day here where I felt like gender played any part in the roles I need to take on. I think Camden’s female members are confident in the knowledge that their career progression is based on their accomplishments and their merit. We know that we’ll be rewarded for our contributions, and our male counterparts are the same. It’s a work environment that is inclusive of all.

REIT: Why is CREW important to you?

BAKER: Time is precious, that’s why I chose CREW. We have 10,000 talented women across the U.S. and Canada. I can always depend on a CREW colleague to be quick with a response and be able to connect me with an individual. It’s unique that it is a networking organization that creates value, leadership and development opportunities. It’s about building human capital and providing valuable connections with others.

REIT: There is sometimes a perception that women spend far too much time tearing each other down instead of building each other up. Do you agree? What can women do to support each other in the industry?

BAKER: I used to think that and, again, I think that is why CREW is so unique. The whole mission of CREW is to support each other and provide genuine value by helping other women. We help men, too. It doesn’t matter.

I think that’s why our organization is so relevant today. This mindset of women tearing each other down? We have to stop. The past should not dictate the future. 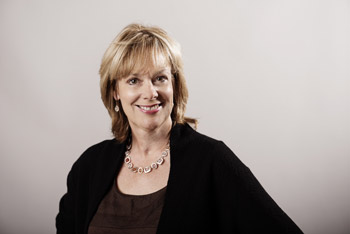 “I’m not what they call a ‘dirt’ lawyer,” or a lawyer who deals exclusively with real estate transactions, says Barbara Johnston, who earned her law degree from the University of Florida. However, although Johnston got her start as a corporate lawyer, she always had clients whose business somehow touches real estate.

Regency, Johnston says, is refreshing because it boasts quite a few women in senior management roles. They include the CFO (who became president at the start of 2016), the senior vice president of financial services and the vice president of human resources. The company also mentors young men and women in the organization and distributes annual employee engagement surveys.

“The commercial real estate industry is opening up, becoming more diverse,” says Johnston, adding that she looks forward to a point where having women in leading roles in different sectors is no longer a conversation topic. “We work hard to engage our employees to make sure they’re satisfied with their job and their career prospects here.” 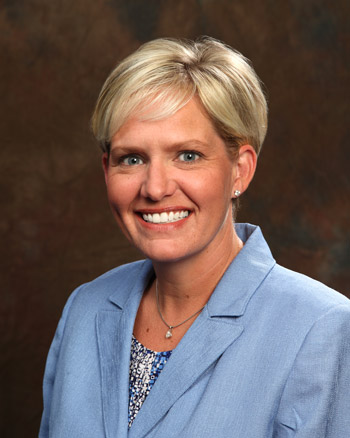 Christine Richards can thank a temporary agency for getting her started in REITs.

She initially planned on getting into elementary education, which was her major at the University of Iowa. However, a temp agency assigned her to answer phones at an apartment community. After helping lease an apartment on her third day, her destiny was set. She even met her husband at an apartment building, where she worked part time until earning her degree.

“If the temporary agency had not sent me there, I don’t know what I’d be doing today,” she says.

Richards worked in Tennessee for Trammell Crow Residential, which went public and later became Gables Residential, for 12 years before landing at

Memphis-based EdR (NYSE: EDR) as COO. There, she’s helped oversee a revolution in the student-housing space: residences that aren’t just brick towers with wooden beds, as developers are adding everything from suites to resort-style pools. Cash-strapped schools also are loosening their grips on housing, opening up new revenue potential for real estate owners and developers.

Richards dismisses the idea that being a woman might affect her role within EdR.

Of course, she also says that doesn’t mean all conventions of polite society are ignored around the office.

“Do I get treated a little bit differently because I’m surrounded by men who have good Southern manners? Sure,” Richards says. “They’re going to open the door, they’re going to stand up at the table when I sit down.” 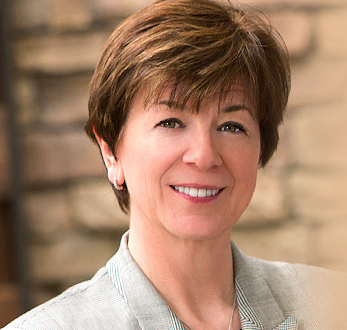 She doesn’t think enough has changed in the REIT world in the last 20 years, and says the companies could be more proactive in their approach.

“Certainly in the board-room and among senior management teams, it’s still a predominately male world,” Fischer says. “There are a lot of women in business school these days. If they’re not specializing in real estate, where are they going?”

Fischer, who enjoys travel, gardening and cooking in her spare time, wonders if managing a public company is an overwhelming sacrifice from the perspective of family and work-life balance. She suggests seeking capable candidates outside the real estate space.

“If I was personally put in charge of trying to promote women’s careers, I would look to some of the firms, like the public accounting firms, where the demographics have changed quite a bit and you’re seeing women climb in the ranks,” she says. “I think it’s an opportunity to [recruit and] to promote women.” 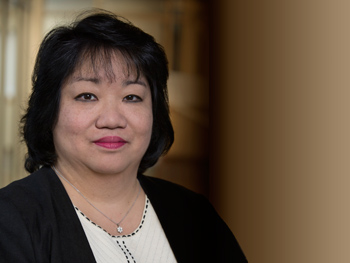 Anna Chew also got her start in the accounting world as a CPA in midtown Manhattan. While she enjoyed the work, the grueling commute – an hour and 45 minutes each way – became unbearable after she started a family.

“I would leave the house before my son woke up and come home after he went to sleep” she recalls. “That wasn’t a life for me. After my second child, I realized I needed to work closer to home.”

She used her real estate knowledge to secure a position at UMH, joining the company as a controller in 1991 and helping shepherd it through the REIT conversion process. Chew says UMH, which specializes in manufactured housing and is spearheading a change from old-school “trailers” to higher-end homes, offers a family-friendly environment where the company understands if you scoot out early for a child’s soccer game or a visit to the pediatrician. Chew, who is the first-generation daughter of Chinese immigrants, thinks both men and women need that flexibility.

“Companies need to realize that. You don’t need to be in the office 9-to-5,” she says. “UMH understands this. It engenders loyalty to the company, and all of our employees are very appreciative and loyal."