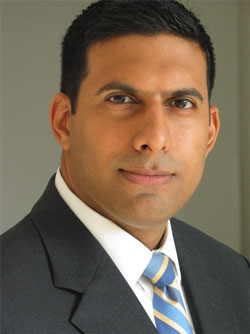 What are some of your priorities as you educate the next generation of commercial real estate leaders?

Imparting to students the ability to anticipate how developments and trends in the larger ecosystem interact with real estate is critically important to positioning them to be managers and leaders that can take the helm of organizations.

We also want to expose our students to the globalization of our industry, the importance of sustainability and the dynamics of relationships. We are an industry defined by relationships—whether between borrowers and lenders, developers and sponsors, or REITs and analysts.

At the same time, our aim is to create visibility around an increasingly diverse industry. That involves not only reaching out to under-represented communities and women to say there’s an opportunity in real estate, but to show very clearly that, irrespective of your background, you can be a success in this industry.

Capital markets face a host of unknowns. What do you see as the main challenges facing investors?

For investors today, it’s important to understand that when we are assessing loans and investments against higher interest rates, we also need to be assessing them very carefully around changes in the availability of capital and the fundamental performance of the real estate itself.

Changes in the regulatory environment are also affecting the cost and availability of capital. The fact that we have so many new regulatory initiatives, which are coming into force over a relatively short period of time, introduces some uncertainties to the market and changes the competitive landscape for lenders.

As we look to the next administration, we expect a less aggressive regulatory regime and some rollback of key regulatory initiatives. As long as the economy is growing, that should support marginally higher rates of credit expansion.

Do you see urban centers flourishing at the expense of their suburban counterparts?

We do see strong demand in the urban core, but we are at risk of overstating the change in preferences.

The move to the urban center is in part a reflection of demographics as well as conditions in the housing market. One notion that we should disabuse ourselves of is that retirees and empty-nesters are moving into the urban core at an unusually high rate.

When you look at some of the research that’s being done, it seems to show that millennials ultimately look to be homeowners at rates that are no lower than what we’ve seen for prior generations.

We see some extreme notions about a long-term and continuing shift that ultimately redraws the urban and suburban landscape of this country. There’s very little evidence to support that.

How would you describe the state of the commercial real estate sector heading into 2017?

There is some element of softening in the real estate market. However, there is still a critical mass of investors who are very comfortable with current pricing levels and their ability to grow the property income after they acquire it.

Historically, transaction volume, lending volume and pricing tend to be correlated and peak in roughly the same time period. The fact that volume has softened somewhat is an indicator for us that we can expect, at a minimum, more modest rates of property price appreciation than we’ve become accustomed to over the last five or six years.

Sam Chandan is the associate dean at New York University’s School of Professional Studies Schack Institute of Real Estate. He is also the founder of Chandan Economics, an adjunct associate professor of real estate at The Wharton School of the University of Pennsylvania, and a partner and global head of strategy at Capri Investment Group.