The CMBS industry adjusts to change at the start of 2017. 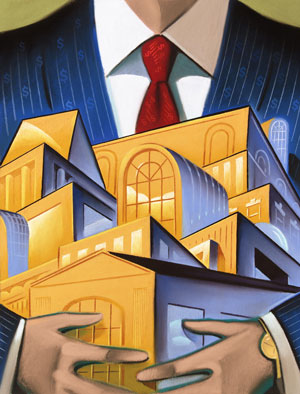 New regulation and the tail end of a wall of maturing debt are among the key factors tempering the outlook for the commercial mortgage-backed securities (CMBS) market at the start of 2017. But despite the challenges ahead, and the anticipated slowdown in issuance this year, market observers say they expect CMBS to remain a primary capital source for the real estate industry going forward.

Since emerging in the 1990s, the CMBS market has been favorably received by lenders, borrowers and investors alike. The concept of creating fixed-rate bonds with different risk tranches out of a diverse portfolio of commercial property mortgages has led to improved loan availability and provided investors with attractive yields, analysts say.

Approximately $230 billion of CMBS issuance occurred in 2007, according to the Commercial Real Estate Finance Council (CREFC), before falling off dramatically in the wake of the financial crisis.

The CMBS market has been making a slow and steady climb back since then. CMBS issuance in 2009 totaled a mere $2.8 billion, a level that by 2015 had increased to $95.1 billion, CREFC data shows.

“You are looking at a market that has a normalized run rate of between $50 billion and $65 billion a year,” says Eric Thompson, senior managing director at Kroll Bond Rating Agency.

Thompson estimates that CMBS and other securitized debt products today represent about 17 percent of the $3 trillion in outstanding commercial real estate debt. “Issuance will fluctuate, but CMBS is here to stay,” he says.

Risk retention had been on the market’s radar ever since final rules were issued in 2014, but that had steadied market nerves.

“Everyone knew the rules of engagement would change in December. Everyone was cautiously optimistic that the market would continue to function, but until we crossed that threshold, it was just cautious optimism,” says Manus Clancy, senior managing director with Trepp.

The looming deadline had prompted some CMBS originators to issue trial transactions in an effort to test various structural options. While analysts say the deals have been well-received in the market, the response from regulators remains unclear.

“Among one of the greatest unknowns is repercussions for the risk retention sponsor if a deal is determined to be non-compliant in some way,” says Lauren Cerda, a senior director at Fitch.

Lea Overby, a managing director of structured finance research at Morningstar Credit Ratings, says she expects CMBS issuance to be slowed temporarily as the market adjusts.

“The market will need to figure out who can hold this risk,” she says. If banks retain the 5 percent share, they will have to account for that in their budget. Meanwhile, third parties will need to raise funds to purchase the B pieces. “All of this is limiting in terms of the amount of issuance that can be done,” according to Overby. 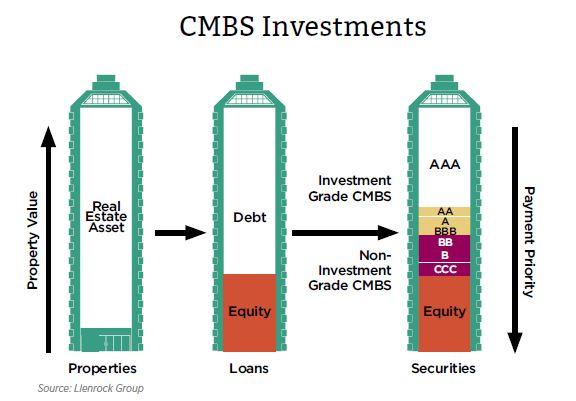 At the same time, if a bank retains the risk, then its cost of capital will increase. That makes CMBS loans more expensive, Overby adds.

During a third quarter earnings call, Michael Quinn, co-head of commercial real estate at Annaly Capital Management, Inc. (NYSE: NLY), echoed these sentiments. “Given all this regulation, it’s going to be more expensive for borrowers in the future than it is today,” he said.

Longer term, Clancy says President-elect Donald Trump’s victory may lead to a loosening of risk retention rules, a decline in borrowing costs and an increase in CMBS issuance.

“The regulations are somewhat arcane, and a scaling back of the rules could potentially be carried out without the intense scrutiny of progressives, who undoubtedly have other issues that will take priority,” he notes.

“At the moment, Trump’s economic policies are really a blank slate in terms of specifics. That translates into market uncertainty, and it would not be surprising to see periods of volatility over the next few months as the markets try to interpret what might happen,” says Greg MacKinnon, director of research at the Pension Real Estate Association.

For the time being, though, the next couple of years could be “tough ones” for conduit lenders, according to Overby. “But overall, I’m hoping that once we get risk retention under our belts we will see renewed interest in originations,” she says.

Thompson agrees: “Yes, there’s anxiety. I do believe the market will work through it and it will get resolved because of the role CMBS plays in the capital markets.”

An additional factor complicating the outlook for the CMBS market is the approximately $154 billion in debt slated to mature by the end of 2018, according to Trepp estimates.

Mary MacNeill, a Fitch Ratings managing director, observes that the market has already seen a decline in the so-called wall of maturities. She points out that a significant number of prepayments in 2016 came for loans that matured in the fourth quarter of 2016 or are due to mature the first quarter of 2017. Maturities in 2017 are part of a larger volume of CMBS issued at the height of the market a decade ago.

MacNeill says she expects that some of the peak vintage loans will not be able to refinance without additional equity. “There are still a lot of highly leveraged loans in the 2006 to 2007 vintage, especially the 2007 vintage,” she says.

Overby sees a similar situation brewing. Debt for refinancing will cost more and will probably require a lower loan-to-value ratio. “The difficult thing at this point in the game is to assess how much more it will cost and how much leverage it will take,” she says

Meanwhile, Steve Kuritz, a managing director at Kroll, expects the CMBS delinquency rate to continue to rise during the next 12 months as the final wave of maturities hits. It could reach, or even surpass, 6 percent, he says.

The CMBS delinquency rate rose to 5.03 percent in November, compared with 4.35 percent six months ago, according to Trepp. Clancy explains that many of the loans that were made “at the height of the hysteria” in 2006 and 2007 originated with inflated values and “very little skin in the game” from borrowers.

At the same time, “the fact that the run-up in delinquencies has not been steeper is probably a net positive for the market,” Clancy says. He notes that early in the post-financial crisis recovery, it was estimated that 25 to 50 percent of all loans made in 2006 and 2007 would default. Trepp is now predicting a 14 to 15 percent default rate.

“It’s been a surprise to the upside,” Clancy says.

Once CMBS deals start to be issued in 2017, according to Edward Dittmer, a vice president at Morningstar Credit Ratings, “everybody’s going to take a good, hard look at the collateral in the deals and see what shakes out.” Going forward, he says, “will lenders want to put certain property types or more marginal assets into those transactions because of the risk retention piece? All of that remains to be seen.”

Clancy estimates that CMBS will have to be quoted 20 to 50 basis points higher than before risk retention, pushing volumes down in 2017.

Kroll is forecasting 2017 new issuance in a range of $55 billion to $65 billion, slightly below 2016 levels. “As the uncertainties of risk retention and the administration’s proposals become clearer, issuance levels, which may get off to a slow start next year, should strengthen,” Thompson says.

When it comes to CMBS property types, the retail segment has borne the brunt of bad news. Store closures and the growing popularity of e-commerce have taken their toll.

Larry Kay, a director at Kroll, notes that loan defaults for retail properties have continued at a steady pace while other property types have exhibited declines. Dittmer agrees: “Right now there isn’t another property type that has that sort of problem on the horizon.” Kroll notes that 36.5 percent of maturing loans in 2016 are for brick-and-mortar retail.

Mary MacNeill of Fitch Ratings points out that retail remains the slowest to improve among the major property types, with the highest delinquency rate. The 35 basis point uptick in retail delinquencies to 5.12 percent seen in October was due to $419 million of new delinquencies significantly outpacing $156 million of resolutions, she says.

However, there may be cause for optimism, according to some market observers. Retail CMBS collateral currently has the second-highest average occupancy level among major property sectors at 94.2 percent, according to Trepp estimates. The occupancy level, boosted by new companies adapting to millennial trends, as well as food services, “indicates a sturdy foundation for growth,” Trepp says.