Data Centers and the Cloud Are Going Green 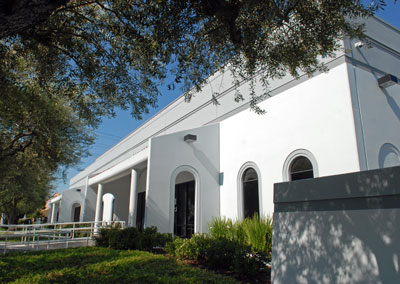 In a water- and electricity-intensive business, data center owners are actively implementing energy-efficient features and practices to resource consumption.

“As a property sector, data centers are different from every other property type because they are expected to run 24 hours per day, 365 days per year,” says Aaron Binkley, director of sustainability at Digital Realty Trust (NYSE: DLR).

A typical office space is designed to use three to five watts of power per square foot, while a data center is designed to use 100 to 300 watts per square foot, according to Brian Warren, senior vice president of engineering and product at CoreSite (NYSE: COR). He says an office recycles air about two to three times per hour, while a data center, in order to dissipate heat, will recycle air 60 to 80 times an hour.

Warren says power is roughly a quarter of the total cost customers spend on an outsourced data center. Total costs include the physical space, power, cooling and connectivity.

Rinard says anything that reduces costs goes straight to the bottom line for data centers, so Equinix uses a variety of strategies such as building tighter buildings, changing the operating temperature and using smarter control systems for lights and air conditioning to retain their competitive edge from a pricing perspective.

Data centers are one of the leading industries to invest in green building techniques, according to Binkley.

“LEED-certified buildings are top-of-mind for customers and help attract and retain tenants as well as drive down costs,” he says.

Digital Realty is a member of the Rocky Mountain Institute, a nonprofit that addresses energy issues, and is participating in the Department of Energy’s “Better Buildings Challenge” to reduce energy consumption in commercial buildings 20 percent by 2020. The company has already reduced its energy consumption by 17 percent compared to the 2013 benchmark.

*The Data Centers sector was created in December 2015.

“At CoreSite, we mostly drive energy efficiency through our building designs and equipment selection,” Warren says. “When developing new data centers, we take the geographic environment into account and design our mechanical systems to leverage the external environment improving efficiency. Also, our centers are typically certified LEED Gold or Silver.”

“On the cooling side of data centers, ASHRAE [American Society of Heating, Refrigerating, and Air-Conditioning Engineers] came out with new broader standards for temperature and humidity ranges appropriate for IT equipment,” says Alan French, a senior mechanical engineer at QTS Realty Trust (NYSE: QTS).

Another innovation is the use of variable speed fans to save energy. 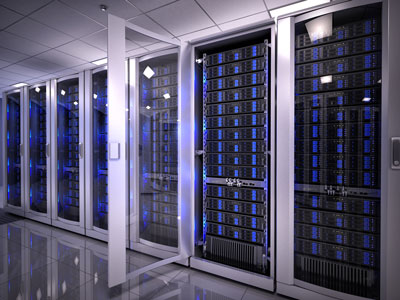 Investing in renewable energy may not bring an immediate cost reduction, but it can attract tenants and provide a pipeline for future energy resources.

If you picture a data center as the equivalent of a big box store, but filled with sensitive, high-tech servers, it may seem like a natural fit to put an array of solar panels across the roof to generate power. Unfortunately, the amount of energy generated would likely produce only about 1 percent of the power needed to run the data center, according to Binkley. That said, many data center owners have found ways to commit to expanding their use of renewable energy.

“Most data center operators are aware of their fuel mix and work hard to be fueled by solar, hydro and wind power,” says David Liggitt, founder and CEO of Data Center Hawk, a provider of information about data centers and cloud solutions to IT professionals and investors. “The challenge is that developing that energy can be expensive, so data centers need to weigh the cost to buy that energy.”

French says that the return on investment on solar power has improved over the past five years, especially when QTS can work with providers that finance solar power and with utility companies.

For example, a field of solar panels located adjacent to the QTS data center in Princeton, N.J., generates an average of 12 megawatts of power per day, which can be more than the data center typically uses in 24 hours.

Equinix has committed to use 100 percent clean and renewable energy throughout its 105 data centers, which are located in 33 markets. Agreements to purchase wind and solar energy will bring its global renewable energy use to 82 percent of its energy consumption by the end of 2016.

“While we still rely on the same utility feeds, we have contracting mechanisms to help pay for renewable energy projects that bring in energy from a variety of sources,” Rinard says. “That way reliability isn’t affected. We try to do this globally to bring larger quantities of renewable energy to the grid.”

Rinard says that because power is cheaper in the U.S., there has been less regulatory pressure here than in Europe to meet renewable energy goals.

“The trick is to get pricing for renewable energy in parity with natural gas and coal, especially once the tax credits start to disappear,” Rinard says. “I think it will take another five to 10 years to get prices similar for renewable and nonrenewable sources. One thing that will help is that the cost to build wind turbines and solar panels is heading in the right direction now.”

The next big push for data centers is to conserve water. Digital Realty’s internal “water challenge” identified opportunities to create an infrastructure so that data centers can use more reclaimed and non-potable water and reduce their use of potable water by 90 percent.

Locating a data center near water and renewable energy sources can support sustainability efforts, but most customers want to be close to their data center, says French. 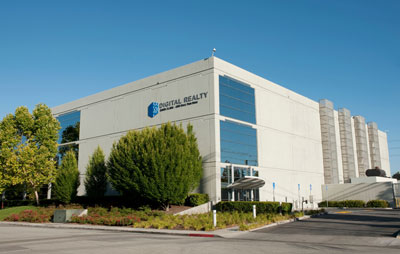 “Rural areas often have lower utility costs, but we need to balance utility costs with proximity to our customers,” French says.

Moreover, rural areas with low land costs often lack the infrastructure for connectivity, power and water, according to Liggitt. Those enhancements can be expensive to build.

“On the other hand, if a data center can locate in a place where the utility costs are even one or two cents lower, that can mean a lot, particularly over a 10- or 15-year period,” Liggitt says.

While location is of paramount importance to tenants, many are also concerned about sustainability.

“Some of the larger data center users focus intently on partnering with a company that shares their beliefs about the importance of sustainability,” Liggitt comments. “Even those customers that look at other factors such as price and location to choose a data center still have sustainability on their radar.”

French says QTS customers are concerned about sustainability from an environmental and cost perspective.

“At a minimum, our tenants want to know if our buildings are LEED certified. Even our small-business customers want to know about the energy efficiency of our equipment,” he says.

Customers themselves have a role to play in conserving energy.

“When our customers sign a new lease, we make sure the service leasing agreement (SLA) spells out their preferred temperature and humidity range,” Binkley says. “The days of putting on a hat and coat to walk into a data center are gone. Now we can work with a broader temperature range, which gives us greater opportunities for energy efficiency.”

While investors have less of a stake in energy efficiency, there are still reasons for them to applaud sustainability initiatives.

“The fundamental focus for investors is that we maintain our asset values and keep our customers,” Binkley says. “In June 2015, we were able to raise $500 million when we issued a green bond to use for renewable energy, green building and energy-efficient improvements.”

Other sustainability executives contend that investors are primarily concerned about familiar measures of performance and profitability, such as EBITDA and share prices. Sustainability programs play a part there, too.

“Investors are primarily focused on traditional metrics that are associated with REITs,” Warren notes. “Some of the dynamics that drive those metrics are impacted by cost efficiencies, and our energy-efficiency strategies have a significant impact in reducing costs.”