Alexander & Baldwin Focuses on Retail and Industrial Properties in Hawaii 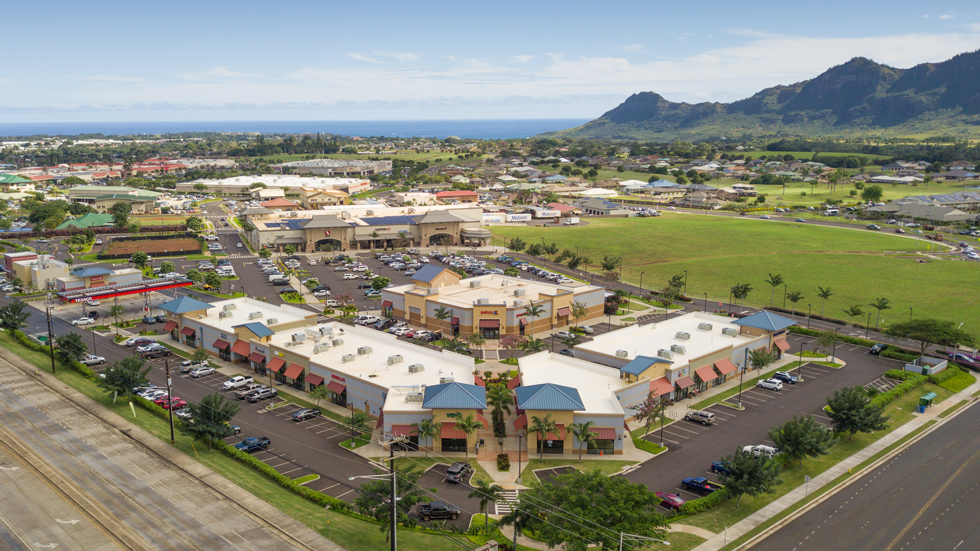 Converting a nearly 150-year-old company with multiple lines of business into a more streamlined REIT is no small feat, but Hawaii-based Alexander & Baldwin (NYSEMKT: ALEX) sees the process as key to riding the wave of the islands’ economic strength.

Alexander & Baldwin’s portfolio consists of 3.4 million square feet of primarily retail and industrial space in Hawaii. The company converted to a REIT at the beginning of 2017, mainly to attract a wider range of investors, get better access to capital, and facilitate future growth, says Christopher Benjamin, president and CEO.

While the company hasn’t set confirmed targets for when and to what extent it plans to shrink its non-REIT businesses—which include land operations on 87,000 acres throughout Hawaii as well as materials and construction operations—the focus is clearly set on commercial real estate going forward.

To better appreciate Alexander & Baldwin’s transition to where it is today, it is necessary to step back to 1869. At that time, Samuel Thomas Alexander and Henry Perrine Baldwin, both sons of pioneer missionaries in Hawaii, paid $110 for 12 acres of land on Maui that they developed into a sugar plantation. The company added water resources, a railroad and a shipping company, as well as additional sugar plantations, to its portfolio.

Benjamin says a turning point on the path toward focusing on commercial real estate came almost seven decades ago. Until then, the company had housed its plantation workers in camps that were almost like small towns with a post office, a hospital, and markets.

In the 1950s, however, the leadership of Alexander & Baldwin decided to build “Dream City,” a master-planned community where employees could “buy houses and build equity,” Benjamin says. Then in the 1970s, the company built the Wailea Resort on Maui and built more housing.

As Benjamin explains, the company considered becoming a REIT off and on for about 17 years.

“We put it off for a long time because our business model was too complex, with the shipping, agricultural, and residential development businesses.”

The first decision on Alexander & Baldwin’s path to becoming a REIT, made about six years ago, was to spin off the shipping business and focus on its land-based businesses. At the same time, the company decided to divest the mainland portfolio and focus on Hawaii, “where we know the market better,” Benjamin says.

The company opted for a new series of 1031 exchanges. “Our mainland assets were like a piggybank for our Hawaii purchases,” Benjamin says. The final mainland property was sold in April 2018. In total, the company generated $600 million from its mainland sales that were reinvested in Hawaii. “We went from nonstrategic acquisitions on the mainland to highly strategic acquisitions in Hawaii, where we have outstanding fundamentals.”

Appealing to a Broader Base

Conversion to a REIT and the development of a more focused strategy has increased Alexander & Baldwin’s appeal to a broader base of investors, says Sheila McGrath, senior managing director of Evercore ISI.

Peter Martin, managing director at JMP Securities, notes that Alexander & Baldwin has managed to demonstrate that it is a good capital allocator. “Alexander & Baldwin shut down its sugar business, which was the most volatile part of the company, and now as a REIT they focus on their highest value businesses,” Martin says.

According to McGrath, what’s essential for investors to understand about Alexander & Baldwin is the company’s deep expertise in a unique market. “There are very high barriers to entry in Hawaii, in part simply because they are islands with limited developable land for commercial purposes,” she says.

Narrowing its focus to Hawaii has brought specific advantages, such as an in-house leasing and property management business. “When we had investments on the mainland as well as Hawaii, we didn’t have the critical mass to have an in-house property management business,” Benjamin says. “Now that we’ve more than tripled our asset base in Hawaii, we can manage everything strategically and control the whole delivery of services and leasing of projects.”

Internalizing its property management business should be a positive for Alexander & Baldwin’s same store net operating income (NOI), according to Martin. 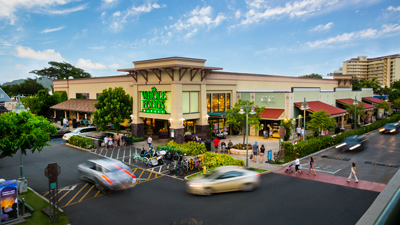 Meanwhile, Alexander & Baldwin’s decision to structure itself as an UPREIT is an underappreciated aspect of the conversion, McGrath says. She says the structure is important because of the unique landscape in Hawaii, which has lots of owners with long-term ground leases who don’t want to sell because they have a low tax basis.

“Over time, we think this tax-efficient structure and the opportunity to trade one asset in one submarket for equity in a well-diversified company within Hawaii will be attractive to sellers,” Benjamin says. “We think operating partnerships can be attractive to Hawaii families and other owners of commercial real estate.”

As it completes the strategic migration of its commercial real estate portfolio back to Hawaii, Alexander & Baldwin has sought to increase its ownership of grocery/drugstore-anchored shopping centers.

Benjamin points out that while “retail cycles will come and go, Hawaii is unique in terms of grocery-anchored retail. Not only does Alexander & Baldwin have little exposure to the big-box space, but we have lower e-commerce penetration in Hawaii.”

While studies show that internet expenditures rise along with personal income, Alaska and Hawaii are outliers because of the extra travel time and shipping costs. Even though Amazon Prime offers free delivery to Hawaii, packages often take a week or more to arrive, Benjamin says. That lag time reduces the appeal of ordering groceries and other basic items online.

Getting the Message Out

Given its long and diverse history, Alexander & Baldwin’s biggest challenge is to make it simpler for the investment community to analyze its business and growth opportunities, McGrath says.

“Alexander & Baldwin continues to make strides in enhancing its disclosures to make it easier to understand the company, which still has a hand in agriculture,” McGrath says. She points out that the company brought on Jim Mead, who previously worked for REITs SL Green Realty Corp. (NYSE: SLG) and Strategic Hotels and Resorts, as its CFO in 2017. It also named Tom Lewis, the retired CEO of Realty Income Corp. (NYSE: O), to its board. “They’re very conscious in terms of getting REIT expertise to guide them.”

The company also recently rebranded with the tagline “Partners for Hawaii,” which is an homage to the founding partners as well as a reflection of the company’s partnerships with Hawaii and with its investors. 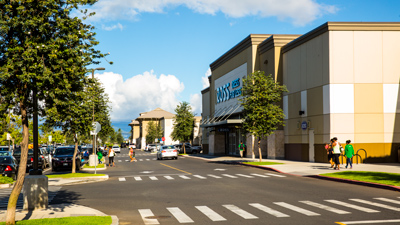 At the same time, Alexander & Baldwin’s Hawaii-centric portfolio is both an asset and a liability. “One of the best ways to get excited about real estate is to see it, but we’re 5,000 miles away from some of the most important investors in the REIT space,” Benjamin says. “That makes it hard to kick the tires, which is why we get on the road to convey what we have to them.”

Looking ahead, Benjamin anticipates growing Alexander & Baldwin’s portfolio through acquisitions in Hawaii, ground-up development on the land it already owns, and redevelopment of some of the older assets in its portfolio. “A big factor in Hawaii is that there is such limited supply and high barriers to entry,” Benjamin says. “It’s a challenging environment for development, so our assets will continue to be highly valued, regardless of what happens with cap rates more broadly.”