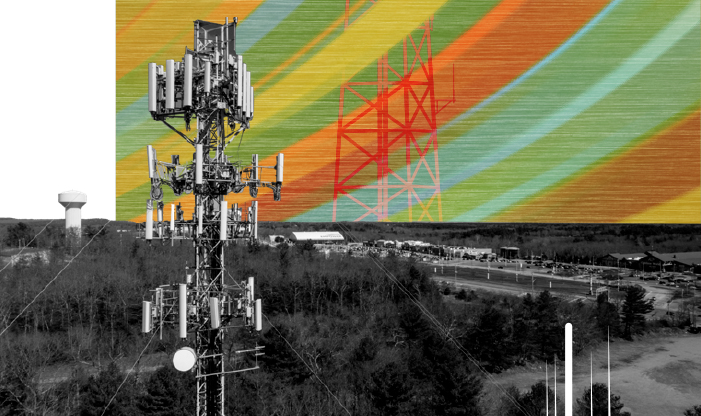 SBA Communications Corp. (Nasdaq: SBAC) believes that the significant changes occurring to the nation’s wireless communications infrastructure will boost leasing revenue and position the company for a prolonged period of growth.

That optimistic outlook follows a record year in 2019, in which SBA hit several significant milestones—including topping $2 billion in annual revenue for the first time ever, expanding in international markets, and initiating a cash dividend.

“We believe we are on the cusp of a material increase in operational activity and demand for our infrastructure,” SBA President and CEO Jeffrey Stoops says.

Stoops describes SBA as more narrowly focused than its tower peers, American Tower Corp. (NYSE: AMT) and Crown Castle International Corp. (NYSE: CCI), given its concentration on macro towers rather than fiber or small cells. He says SBA’s focus reflects its origins. The company got its start in 1989 by building macro networks for the telecom carriers, moving to the ownership side of the business in 1997, and ultimately becoming a REIT in 2016.

Headquartered in Boca Raton, Florida, SBA has operations and offices in 14 markets throughout the Americas and South Africa. Stoops took the company public while CFO in 1999 and later became CEO in 2002.

A key pillar of SBA’s outlook for 2020 and beyond is the Sprint/T-Mobile merger, which closed in April following years of unsuccessful attempts by the two companies to combine forces. Stoops describes the merger as “very good news for our industry—and SBA in particular.”

The new T-Mobile, as Stoops explains, will undertake “very aggressive” government-mandated build-out requirements to provide next generation 5G service via its low and mid-band spectrum over a three-to-five-year window.

“What that means is that the new T-Mobile will be rapidly deploying new equipment on towers like ours,” Stoops says. At the same time, approval of the merger came with the stipulation that Dish Network Corp. enter the market as a fourth nationwide wireless operator, and that it also provide nationwide 5G coverage.

“As soon as the transaction closes, you’re going to start to see a flurry of activity operationally, which will begin to start showing itself three to six months later in terms of new leasing revenue,” Stoops says. “We believe this will be a multi-year initiative that will keep us very busy.”

Jennifer Fritzsche, senior equity analyst at Wells Fargo, points out that “there’s a lot of wireless spending to be had here and SBA, given they cover more second and third tier markets, is very well-positioned to take advantage of this new capacity coming online.”

Spencer Kurn, who leads coverage of U.S. towers for New Street Research, notes that for T-Mobile to migrate all of Sprint’s customers onto its own network, it will have to deploy all of Sprint’s spectrum onto its towers. “In the next five years, tower companies are going to get way more revenue from all of this activity than they otherwise would have. There’s virtually no prospect of a loss of revenue from taking down Sprint equipment for at least five years—a lifetime for an investor,” he says.

While the T-Mobile/Sprint merger and the entrance of Dish is reason enough for SBA’s positive outlook, Stoops notes that the anticipated auctions of Citizens Broadband Radio Service (CBRS) and C-band spectrum later this year will further support SBA’s growth over the next several years. He explains that C-band spectrum, which is midband spectrum of around 3.5 gigahertz and currently occupied by the satellite providers, is thought to be the best, most flexible, and most useful spectrum for 5G services in the future.

“When you have all this new spectrum that’s being made available, it could only really be made to work when you add equipment that allows it to be used in the real world, and that’s where the tower infrastructure companies come in. We’re the ones that have the places where the antennas and the radios get placed that makes all of this new spectrum work,” Stoops says.

The advent of new 5G applications will be a continued catalyst for network investment, according to Stoops. The initial 5G deployment cycle has only just begun, he says, particularly as it relates to macro sites and the deployment of mid-band spectrum. So far, he says, SBA has not seen any material delays as a result of COVID-19.

“Just as 4G continues to be built out today, I think 5G will be a long build as well. These generational technologies usually have at least 10 year lives,” Stoops notes.

To better position itself for the oncoming 5G landscape, last year SBA purchased a stand-alone data center in west Chicago with a fiber loop connection in downtown Chicago. Stoops says the acquisition is a way of adding to SBA’s knowledge base by providing it with a platform to test various business models so that when mobile edge computing becomes a reality, SBA will be ready.

“Mobile edge computing—the concept of bringing computing power to the cell site to minimize latency in order to enrich the content of the 5G wireless experience—is what most experts predict will be necessary,” Stoops says. “We’re very well-positioned for a mobile edge computing opportunity,” given that SBA’s tower sites could be used to host edge computing facilities, he adds.

While SBA’s narrower focus on macro towers is one differentiator for investors to consider, another, according to Stoops, is the company’s slightly higher-than-average financial leverage. He notes that the company, unlike its tower REIT peers, is not investment grade and is a high-yield issuer instead.

“We have done that consciously,” he says. By maintaining leverage in a target range of 7-7.5 times EBITDA, SBA has even more capital to continue investing in the business, he explains.

Stoops points out that although he has led SBA through two difficult periods in the capital markets—first in 2002 and again in 2008—the company has never seen a drop in quarterly revenue. “It’s that stability, predictability, long-term contract security, and margins in our business that give us comfort around the way we capitalize the business. It’s been tested over an extremely long period of time through a variety of business and financial cycles,” he says, and COVID-19 has not changed these views.

New Street’s Kurn notes that SBA has chosen a capital allocation strategy that drives the fastest growth and free cash flow within the sector, allowing it to invest excess capital into more tower assets or stock repurchases. “SBA’s management has been best-in-class. They have been extremely disciplined with acquisitions and how they position the company for growth,” he adds.

While investors have applauded SBA’s strategy, Stoops believes there is still unfamiliarity with the tower REIT model. At a recent real estate conference, for example, Stoops says he discovered that “there is still a great unfamiliarity with tower real estate.” Traditional real estate investors don’t appreciate fully that the effective range of wireless signals is only a mile or two from the tower source, he explains.

“That really highlights the exclusiveness of our assets and why there is such high retention with our customers because once they’ve engineered those sites, it’s very difficult to move,” Stoops says. He adds that traditional investors are not fully aware of “just how predictable the renewal rates are, as well as the restrictive zoning rules that really limit the number of towers around the U.S.”

Fritzsche at Wells Fargo agrees. “There’s really no better business model than the tower real estate companies,” she says, because of that predictability of income, built in escalators, longer term contract, and low maintenance capital requirements.

Stoops adds that once investors understand the low incidence of customer churn, the highly recurring revenue nature of the business, and the size of operating margins, they become “very comfortable” with how SBA capitalizes its balance sheet.

Meanwhile, as Stoops reflects on SBA’s achievements, he acknowledges that the company’s success has produced high expectations. “We have to continue to find ways to grow. That may sound a little trite, but it’s actually a very big issue around here. It definitely consumes all of my time and attention, as well as for those around me, because we take where we’ve gotten very seriously,” he says.