After the FTSE NAREIT All REITs Index posted a total return of 27.2 percent for 2014, compared to a return of 13.7 percent for the S&P 500 Index, what should investors expect from the REIT market in 2015? REIT magazine recently spoke with the portfolio managers of some of 2014’s top-performing REIT mutual funds for their insights and expectations. Against the backdrop of broad-based gains, how did they stand out from the crowd, and where are they looking for growth in 2015?

REIT: What was the key to generating outsized returns when investing in real estate in 2014?

Thomas Bohjalian: We looked for companies that traded at a discount to their underlying asset value and where we believed they could grow earnings and/or their net asset value (NAV) faster compared with other investment opportunities..

T. Ritson Ferguson: There was some potential value to sector tilts, as the economically sensitive sectors tended to outperform, including apartments, malls and hotels. However, mostly it was a stock picker’s year. Where we found we added value was by identifying individual companies that had outsized returns.

James Murray: Some of the better positions we had were in the lodging sector. With lodging it was really based on where your geographic footprint was, and whether you could benefit from the company’s prior renovations.

John Vojticek: We didn’t take any radical sector bets last year. There was a lot of parity in sector performance. A lot of things pointed us toward quality of balance sheet and asset base. A large-cap bias was pretty much the right thing to do in most sectors.

REIT: What are you focusing on as you position the fund for 2015?

Vojticek: Stay the course on quality and stay the course on some more bond-like sectors like health care. The first part of the year will look a lot like last year, whereby quality and bond-like assets work better. In the second half you’d likely want to get into more cyclical sectors as growth starts to become more apparent in other parts of the world.

Ferguson: We’re still positive on the outlook for U.S. REITs. Economic growth will continue in the U.S., with short-term rates likely to be raised later in the year. In that kind of an environment, we like companies that have positive leverage to the expanding economy.

Al Otero: We do like the basic (property sector) food groups of apartment, office, retail and industrial. We’re certainly a little bit more price sensitive, given where valuations are today.

As a result, when we feel the market is getting closer to fair value we tend to do a little bit more recycling of capital and tend to look for more “valuation swap” ideas, and that’s what we’ll be doing in 2015. 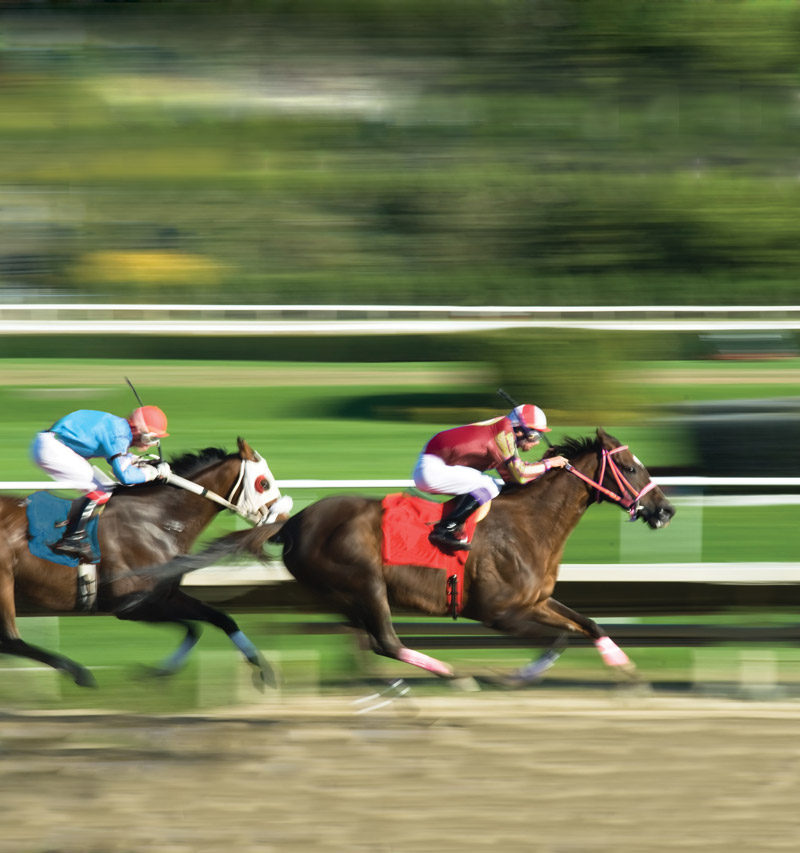 We also think that several of the specialty sectors including the single-family rental and real estate c-corps sector look quite interesting as well right now.

We have also spent a fair amount of time underwriting recent IPO’s and several of the  REIT spin-offs that have occurred of late.

Murray: The focus remains at the company level, searching for the best valued companies offering the highest growth prospects. If a company is trading at a slight premium to net asset value, that’s acceptable for investment if NAV is growing.

REIT: After such a strong year for REITs in 2014, where do you see the market heading?

Otero: Coming off a year like 2014, we really always try to manage our clients’ expectations. We think that at a 2.5 percent dividend yield for our type of portfolio, plus cash flow growth in the high end of the 6 to 8 percent range, can get us to high-single-digit total returns in 2015. We think that could be pretty attractive in the overall context of a sluggish global growth environment.

Two potential challenges will be the risk of the group dislocating if or when the Federal Reserve initiates a more hawkish monetary policy stance and the fact that we have started the year with the group much closer to fair value, unlike 2014, when the group started the year at an extremely discounted valuation.

Bohjalian: We have a strong economy, very low supply and the companies themselves are very well-positioned for growth.  I have similar expectations in 2015 compared to 2014 in terms of the fundamentals of the business. We do not expect any material cap rate expansion and, therefore, we believe that companies can continue to grow their asset value through a combination of strong internal and external growth.

Ferguson: REITs will still have a good year in 2015. Dividend yield will be 3 to 3.5 percent, and dividends are growing. Dividends have grown 8 to 10 percent in the last few years, and we think the market could grow again at a high-single-digit rate because we see earnings growth at 8 percent or more. Earnings growth will also drive real estate values higher, which should justify higher share prices.

Vojticek: We’d look to a 15 percent return for the year. . There remains a healthy spread between investment-grade debt yields and implied cap rates, and REIT incomes are growing. We view the current spread as too wide relative to history.

REIT: Will oil prices play a role in the commercial real estate market in 2015?

Bohjalian: Values in Houston and other parts of Texas will be impacted if we have lower oil prices for an extended period. From a real estate perspective, we think it’s a modest negative, but that’s specific to a handful of markets in the U.S. We believe that lower oil prices will be a tailwind for the U.S. consumer and will be beneficial to several of the property sectors.

Ferguson: Oil price’s impact on commercial real estate is indirect and overall more a positive than a negative. Lower oil prices benefit consumers and businesses that are users of oil-related products.

There will be an adverse impact on certain companies or regions with a heavy tie to the oil industry. However, if they have long-term leases, it will be a while before those companies see an impact on their cash flows.

Vojticek: Falling oil prices are very positive for fundamentals and that will start showing up in the next six months.

Murray:  Long term, there are so many unknown impacts that lower or volatile oil prices may have on the real estate market. Predicting outside influences, such as oil prices or interest rates, can be a trap.

REIT: Has the impact of rising interest rates been fully accounted for?

Otero: As demonstrated by the total return performance of U.S. REITs during the spring and winter of 2013, the group does tend to react negatively over a short period of time when monetary tightening policies are first floated or anticipated. These dynamics do tend to be short-lived. The market can certainly absorb a rise in rates given where interest rates are today relative to capitalization rates.

Barring a major short-term disruption as it relates to interest rates, I think we should be in pretty good shape.

Murray: We do believe that when interest rates increase, REITs will take a short-term hit in price based on the yield spread. That will be a temporary hit based on a quick, knee-jerk reaction.

Vojticek: Any pullback in the REIT market because of rising interest rates would be a buying opportunity. 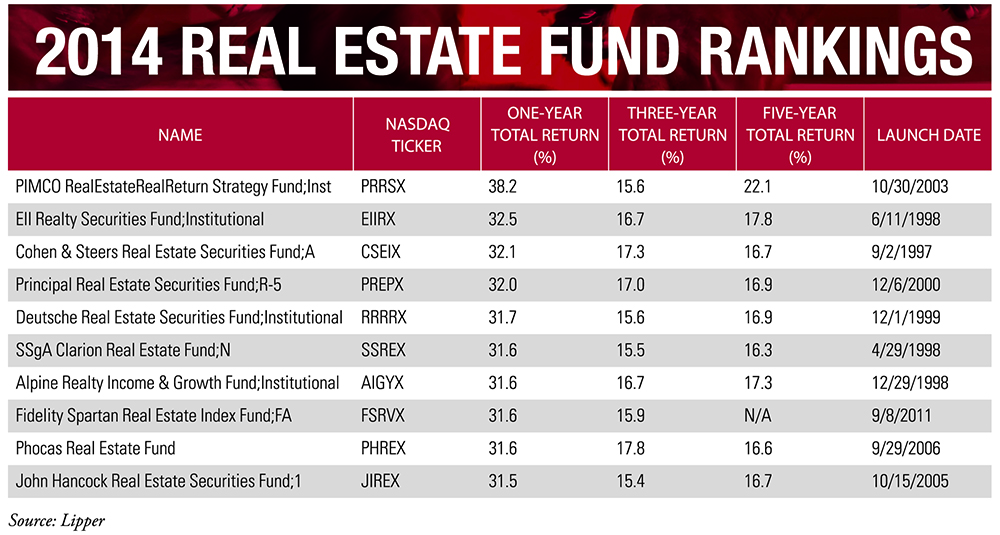 REIT: Which property sectors do you expect to lead the market in 2015?

Murray: We continue to like the lodging sector with  demand outpacing supply. We happen to really like specific companies in the office sector.  Office fundamentals have turned a corner. With job growth now being somewhat consistent, demand is getting a little stronger. The gap between private and public real estate pricing in CBD office is likely to continue to narrow.

Vojticek: We’re looking for opportunity to get a bit more long in the office, hotel and industrial sectors, as we see growth take hold globally.

Bohjalian: We like what we see in the central business district (CBD) office sector, where we’re seeing rents and occupancy rise. That’s not being fully reflected in the REIT valuations today, despite evidence of higher prices as seen in private market transactions

We also like the hotel space, where fundamentals have been very good, and where we expect them to continue to do well into 2015 and 2016.We are mindful of a handful of markets that are starting to see excess supply.

We also like the retail shopping center space. We believe shopping centers have and can deliver some of the best fundamentals, such as internal cash flow growth, within our universe. We don’t believe that’s being fully reflected in valuations and we think they’ll continue to do well in 2015.

Otero: There is still a good bit  of tailwind in the office sector. We’re finally starting to see some pretty good job creation and office construction still does not make much sense in most markets.

With the combination of lower interest rates and forecasts for gas prices, we’re getting some pretty good consumer confidence readings at the middle and lower end of the spectrum. That is a positive for mass market retail and that’s something we haven’t seen in a while. Retail REITs catering to more discretionary spending items should start to see better momentum in terms of operating metrics.