REITs: The Next 10 Years 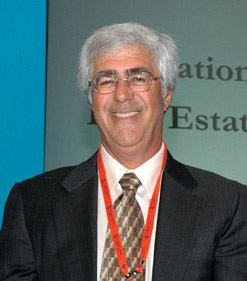 Equity REIT stocks, measured by the FTSE NAREIT All Equitys REITs Index, posted an amazing average annual total return of 11.22 percent in the last 30 years. Should we automatically expect similar returns in the decades ahead? No.

I don’t know where cap rates and bond yields were 30 years ago, but I’ll bet you a slightly used Nehru jacket that the average cap rate was close to double digits and that bond yields were at least double where they are today. Anyone who expects to get 11-plus percent returns on REIT stocks, going forward, is several tines short of a fork.

Given today’s low cap rates, interest rates and bond yields, what might we reasonably expect for REITs’ total returns in the next 10 years? (Even foolhardy forecasters like me won’t venture beyond that.) Let’s speculate.

Probably the most important variables that will determine REITs’ returns in future years are commercial real estate values and cap rates. These are heavily influenced by interest rates and bond yields, as well as property net operating income growth, replacement values and even global equities markets. Interest rates and bond yields will likely rise from today’s very low levels–but I’m guessing less than most expect.

Why? Due to restrictive labor market policies, high debt, and problems with the euro, Europe won’t be a driver of global economic growth in the near term. Mr. Rogoff and Ms. Reinhart have made a credible case that that high public debt and slow GDP growth go hand-in-hand when public debt exceeds 90 percent of GDP.

Also, population growth is slowing almost everywhere, and populations are aging,which affects productivity. The rate of new business formation has been declining. Technological change, as Bill Gross has suggested, is an inflation depressant. For example, advances in drilling technology have helped to trash oil prices. Furthermore, in Western countries, we are seeing more regulation of businesses and welfare state expansion to address environmental issues and income inequality, which could also result in slower economic growth.

Capital may remain risk-averse for quite some time, retarding growth-driving new investments.

These factors are likely to dampen inflation and prevent bond yields and cap rates from rising very much. If so, property values won’t change dramatically during the next 10 years, rising with inflation and operating income growth–averaging perhaps 2.5 percent to 3.0 percent annually.

If REITs’ property values rise by close to 3 percent in a typical year, and if REITs’ interest costs to maintain current debt leverage–driven by a modest increase in interest rates and bond yields–will increase by 2 percent annually (assuming no increase in assets owned or debt levels), we may get average net asset value growth of something like 3.5 percent per year. Adding on a 3.5 percent dividend yield, which is about where it is today, can get us an average annual total return of 7 percent in the years ahead. That’s not bad in a low-inflation world.

Much could go wrong. If inflationary forces strengthen, bond yields could rise more substantially than what I’m forecasting. New property development is also a wild card. We cannot predict the timing or the depth of recessions, and Black Swans are not extinct.

But that’s my story, and I’m stickin’ to it.

Ralph Block is the author of “Investing in REITs” and “The Essential REIT” blog. Views expressed are solely those of the author.