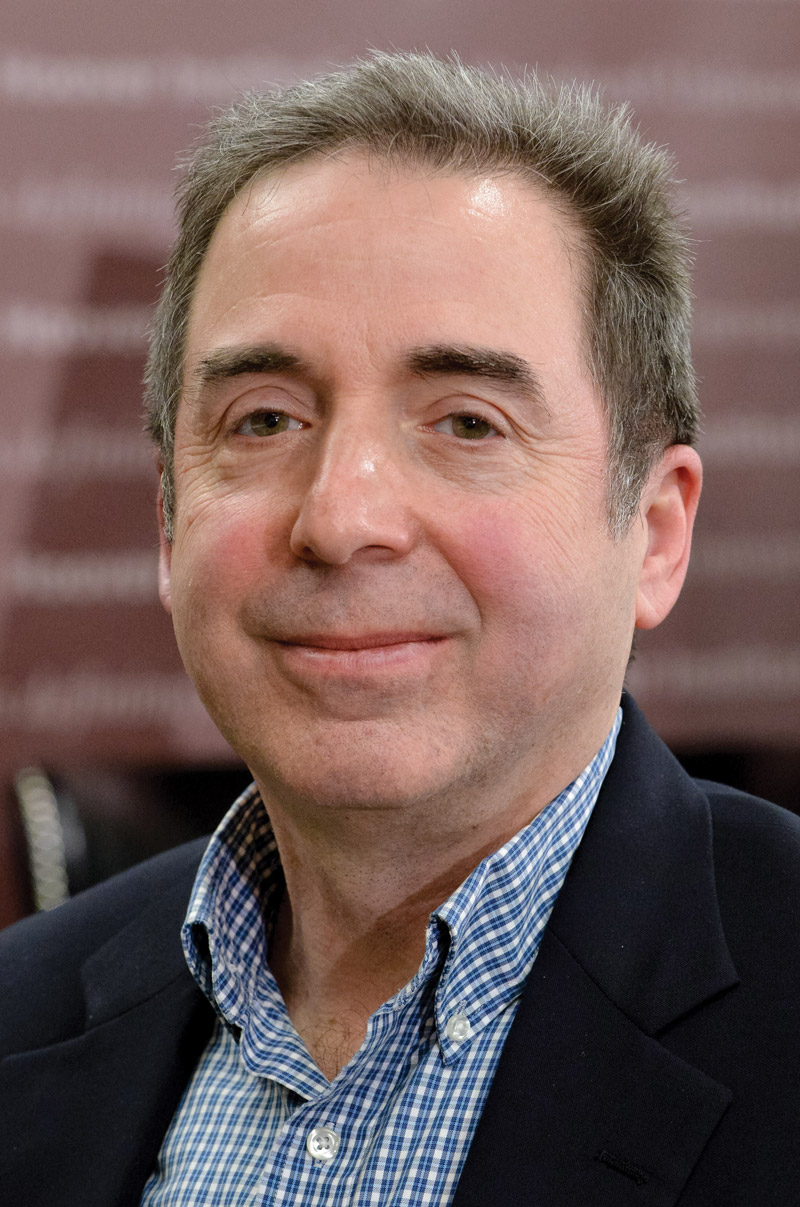 In the 18th century, Adam Smith and his “invisible hand” changed the course of human history. The writings of the Scottish philosopher and father of economics have far more to offer than just wisdom on the law of supply and demand, though, according to Russ Roberts.

Roberts, a fellow with Stanford University’s Hoover Institute, has a new book out on how Smith’s works can change lives. In the aptly titled “How Adam Smith Can Change Your Life,” Roberts applies some of the theories found in one of Smith’s lesser known treatises to the dilemmas of modern-day life.

REIT magazine recently interviewed Roberts, who also hosts the popular economics podcast EconTalk, about his motivations for writing the book and the interesting cavalcade of characters who have appeared on his podcast in the last nine years.

REIT: I want to talk about your new book, “How Adam Smith Can Change Your Life.” Smith is best known for his concept of the invisible hand and vision of economics as articulated in “The Wealth of Nations.” Your book focuses on Smith’s “The Theory of Moral Sentiments.” What was it about Smith’s less heralded work that made it such an appealing subject to you?

Russ Roberts: “The Theory of Moral Sentiments” is about what makes us tick—the nature of human nature. Along the way of describing our nature, Smith provides a roadmap to the good life. He writes with charm and verve, but his 18th century style and the way the book is organized makes it tough going for a modern reader. I try to explain his insights and apply them to modern life.

Besides the lessons I think we can all learn from Smith, I thought it would be nice to remind people that the real Adam Smith had a lot more to say than the caricatured version you sometimes hear that emphasizes self-interest. Smith understood we are self-interested. But he was interested in why we can sometimes rise above self-interest and make sacrifices for others. And he was very interested in virtue.

We could all use a little of that Smith.

REIT: If we could ask Adam Smith what the most disappointing or concerning aspect of modern-day life is, what would he say?

Roberts: Smith was a realist. He understood our flaws as human beings, so I don’t think he would be disappointed with modern-day life. But in “The Theory of Moral Sentiments,” he was very eager to warn his readers of the challenges of ambition and money and power. He knew how seductive they were in his day, and I don’t think much has changed since then.

We still find money and power alluring, and they are no more likely to lead to serenity or happiness today than they were in Smith’s time. Smith didn’t see anything wrong with making money, but he argued that pursuing it for its own sake could be very destructive. That could lead to ethical lapses or abuses of our time relative to spending time elsewhere that we would regret.

REIT: How can Adam Smith’s ideas change the lives of REITs and real estate companies?

Roberts: Smith believed that commerce was a civilizing force. If you want to make a profit, you have to put yourself in the shoes of your customers and empathize with their needs and desires. If you do that well, you’ll be financially successful, but you can also take pride in your work, knowing that you’ve helped other people.

Keeping the financial side in perspective can lead to sustainable businesses where employees get deep satisfaction from earning the respect of their customers and knowing that they are helping others. I think that’s the Smithian ideal of being a good manager or entrepreneur.

Roberts: I think of myself as a classical liberal. I believe in limited government combined with personal responsibility. So I am something of a libertarian, but as you say, that term comes with some baggage and some confusion.

REIT: Five or 10 years ago, the idea of setting aside 30 minutes or an hour to listen to a couple of people talk economics would have seemed strange. Yet, today, shows like your podcast EconTalk would suggest that economics is becoming something of a niche entertainment genre. How and why did this happen?

Roberts: The rise of the smartphone along with iTunes created the possibility of podcasting—people enjoying information and entertainment while away from their computer. Most of my listeners are doing something besides listening—they’re commuting, doing household chores, walking their dog, or exercising.

Those activities used to be contemplative. You really couldn’t do anything other than listen to the radio or to music. Now, you can get smarter. At least that’s the idea.

There’s an incredible thirst for educational material presented in a somewhat entertaining fashion that allows people to grow and learn while doing something else.

REIT: What would you pick as the most interesting episode of EconTalk that you’ve ever done?

Roberts: That’s tough. I’ve done over 450. But a few favorites would be the episode with Christopher Hitchens talking about [20th century novelist George] Orwell and the interview with Brendan O’Donohoe, the guy who at the time was in charge of Frito-Lay for Northern California. Hitchens was an incredible talker, and he knew a lot about Orwell. O’Donohoe had some incredible insights into how food gets produced and marketed.

I’d also mention the privilege I had of interviewing Milton Friedman shortly before he passed away in 2006. Not my best interview—I was just starting back then—but Milton was in incredible form for being 94 years old. Shortly after the interview, he sent me an Excel spreadsheet to back up some of the claims that he had made. Incredible.

REIT: Are there any newly emerging topics in the world of economics that you think will receive greater general interest from the public going forward?

Roberts: Two topics that seem important are the rise of the robots—smart machines that can do a lot of things people can do, but more cheaply and perhaps more effectively. Smart machines will make life a lot easier for many of us, but a lot of people are worried about whether some people will be left behind without any skills that are valued in the workplace.

Another important topic is the sharing economy—people using their cars, their houses and other resources and renting them to strangers, making both parties better off, the world of Uber, Lyft and AirBnb. It’s going to be fascinating to see how important these markets will be and whether the politicians will let them compete with established taxis and hotels and on what terms.

Russ Roberts is the John and Jean De Nault Research Fellow at Stanford University’s Hoover Institution. He hosts the weekly podcast EconTalk, consisting of hour-long conversations with authors, economists and business leaders. EconTalk was named podcast of the year in the 2008 Weblog Awards.

Roberts’ latest book is “How Adam Smith Can Change Your Life: An Unexpected Guide to Human Nature and Happiness.” He has authored three other books: “The Price of Everything: A Parable of Possibility and Prosperity” in 2008; “The Invisible Heart: An Economic Romance,” released in 2002; and his first book, The Choice: A Fable of Free Trade and Protectionism, which was named one of the best books of the year by Business Week and the Financial Times.