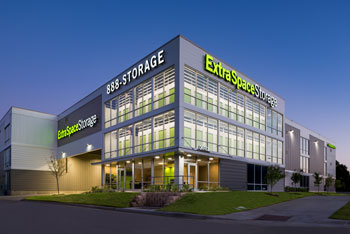 Following a banner year in 2015, self-storage REITs cooled off in 2016. Returns for the sector were down 8.14 percent for the year, compared with an increase of 9.3 percent overall for the FTSE Nareit All REIT Index.

However, executives and analysts point out that the underlying fundamentals of this recession-resistant sector remain appealing.

“Self-storage REITs likely had as good a year, if not better, in 2016 than the preceding two or three years in terms of average occupancy rates, same store sales, net operating income (NOI) and funds from operations per share,” says Christopher Marr, CEO of CubeSmart (NYSE: CUBE). “However, our share prices had the worst performance in as long as I can remember. Our previously outstanding rates of internal growth started to slow during the second half of the year, and that deceleration worried investors.”

In spite of market jitters, self-storage remains one of the best real estate businesses in the long run, says Ryan Burke, an analyst with Green Street Advisors. He points out that demand for self-storage space comes from the movement of people, which doesn’t discriminate between a good or bad economy.

“The big advantage to self-storage is that it requires low capital expenditures,” Burke says. “Owners have to put fewer dollars back into the business to keep it competitive over time: only about 5 percent of NOI, compared to an average of 15 percent in other property sectors.”

In fact, the sector has turned into a hotbed for new investment, according to Joe Margolis, CEO of Extra Space Storage (NYSE: EXR). “The secret of self-storage is out, and now there is more equity chasing deals,” he says.

Victims of Their Own Success

So what led to the self-storage stock slowdown? The biggest culprit is comparisons to previous years, when self-storage was beating every sector in top-line growth, says David Rogers, CEO of Life Storage, Inc. (NYSE: LSI). He notes that the sector enjoyed rent growth between 8 and 10 percent in 2014 and 2015.

Margolis says the performance metrics of 2009 through 2015 reflected a lack of new supply, increasing demand and product awareness, and the availability of technology to increase efficiency. All helped produce outsized growth, he says.

“We’ve seen a consistent increase in demand since 1998, and now 9 percent of U.S. households rent a self-storage space,” Margolis says. “You can feel it with our high occupancy levels and the quick lease-up of any new product. Not only is there consistent demand, but people keep their space for longer and longer time periods.” 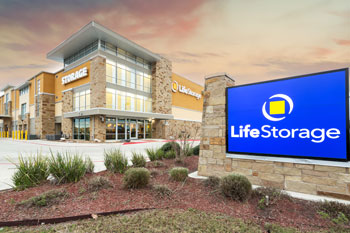 “Over the past few years, we’ve seen double-digit rent increases in some markets, and some tenants are starting to think maybe it’s not worth it to keep storing stuff,” Hoglund says.

The consensus among analysts and executives seems to be that the self-storage sector is coming off a period of extraordinary, albeit unsustainable, growth. Expectations of normal growth are affecting how self-storage companies are planning for the future.

“We’re learning as much as we can about our customers to maximize revenue,” he says. “We can determine whether the offer of a free truck for two hours is more valuable than one month of free rent.”

Meanwhile, Life Storage intends to use high-tech revenue management systems to determine which stores will be busy at different times to manage incentives and rates, according to Rogers. He also says the company will continue to leverage the scale advantages of being a REIT in a business flooded with mom-and-pop shops.

“With 650 stores, we can afford a team of people to manage and develop our marketing and revenue management platforms,” Rogers says. “We recently had a guy in Norfolk ask us to manage his facility because he’d poured $52,000 in one year into web ads, but all he saw were ads for our storage facilities. We pay about $11,000 per store for marketing.”

Margolis says a big advantage of scale in self-storage is that with 60,000 customers moving in and out each month, his company has access to a massive database to look at customer behavior and optimize operations. 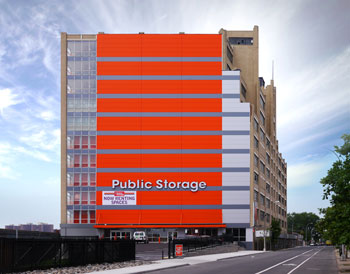 Rising real estate taxes and increasing wages from a stronger job market are among the pressures now facing the self-storage sector. Still, industry leaders insist that the property sector continues to see strong fundamentals, particularly on the demand side.

“While 2017 won’t be like the glory days for self-storage, we’re still strong and will still see consistent growth,” Rogers says. “Typically we’re at least 2 percent to 2.5 percent above inflation, and all the growth we’ve seen over the past few years has been in the face of virtually no inflation.”

“Don’t forget that regardless of the absolute level of shares, self-storage outperforms other investments,” Marr says. “Everyone needs to relax a little bit and adjust their expectations.”

Until 2016, the supply of new self-storage facilities was nearly nonexistent. “We started to see some new supply in 2016, which we think will probably peak  in 2018,” CubeSmart CEO Christopher Marr says. “It’s not a lot of supply, but it’s a sharp ramp-up compared to zero.”

Burke says more self-storage facilities are being built in Denver, Phoenix, Miami, Charlotte and Texas. The uptick in new stores includes “third-generation” facilities that look like apartments or offices and include climate control, according to Rogers.

CubeSmart has a pipeline of facilities under construction in New York City this year. Marr says the company will cautiously continue to target urban areas with strong population and household income growth.