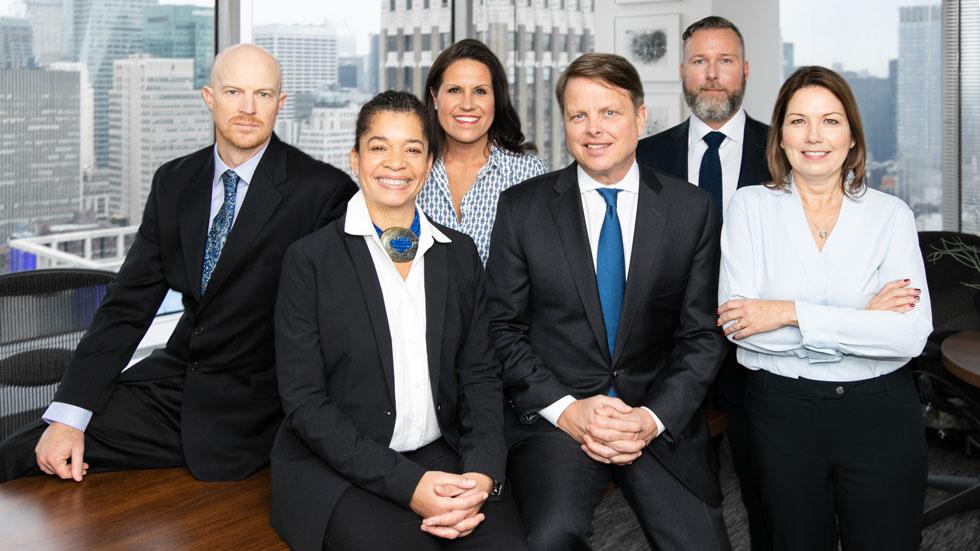 Lexington Realty Trust (NYSE: LXP) has much to celebrate these days. Following a vigorous repositioning strategy that began accelerating in 2018, the New York City-based REIT has nearly completed its portfolio transition to focus primarily on single-tenant industrial assets—and has plenty to show for it.

“For us, the last few years have been pivotal,” says Will Eglin, chairman and CEO. Lexington has always focused on single-tenant commercial real estate, making proactive adjustments over time to respond to market opportunities, he explains. Over the last few years, the company has focused entirely on the industrial sector, preferring this business over office and other property types for both the near- and long-term investment. “Since then, our transition to industrial has rewarded our shareholders with exceptional total returns. We are extremely optimistic about our future growth prospects.”

In 2019 alone, the company sold in excess of $600 million of properties and invested more than $700 million in high-quality warehouse and bulk distribution facilities that can easily be repurposed for other users. Together, the transactions grew Lexington’s industrial gross real estate assets to more than 80% of its total portfolio.

Progress and sustained momentum on both the acquisition and disposition fronts led the company to announce a quarterly dividend increase of 2.4% in late 2019, while 2019 funds from operations (FFO) provided for substantial retained capital to fund future growth initiatives.

An Emphasis on Flexibility

At A Glance: Lexington Realty Trust

Throughout its almost 50-year history, Lexington has prided itself on spotting growth opportunities and moving nimbly to capitalize on them. The company started in 1973 as a private firm providing capital to corporations through sale-leaseback financing, and soon expanded its focus to include purchasing properties and financing build-to-suit transactions. Eglin came aboard in 1987 and took the firm public in 1993 as Lexington Corporate Properties. Since then, a number of strategic acquisitions have helped grow the company’s gross assets from $200 million to almost $4 billion today. In 2006, the company changed its name to Lexington Realty Trust.

“At one point, we were in retail, office, and industrial,” Eglin says. “We later shrank our retail presence and eventually exited the market to concentrate on office and industrial.”

Over time, however, the risks and rewards of office and industrial diverged to the point that the company no longer wanted to be invested in both. “Office tenants like new space, and the cost of renovating older buildings to suit the needs of new tenants is expensive everywhere. We didn’t like the escalating capital expenditure profile, and in many markets, there hasn’t been meaningful rent growth,” Eglin explains.

Meanwhile, industrial properties were generating strong performances, partly from business trends Lexington believed would continue. “We felt e-commerce was creating sustained demand, and we saw companies across the U.S. investing in improving their logistics networks,” Eglin says. “We chose to dispose of office assets and reinvest in well-located, industrial assets leased to strong corporate tenants.”

The process towards a more industrial-focused portfolio took patience. “We felt it was better to take our time and maximize the value of each office building along the way—and that has paid off,” Eglin explains.

Repositioning efforts in 2018 generated sales of $1.1 billion of office and other non-core assets, including a 21-property office portfolio sold to a newly-formed joint venture for approximately $726 million. Lexington acquired a 20% interest in the venture and is now managing it. Gains on sales in 2018 totaled $253 million. Acquisitions of $316 million in industrial real estate the same year vaulted industrial holdings to 71% of the total portfolio, up from 49% in 2017.

Sheila McGrath, senior managing director at Evercore ISI, says Lexington’s transition to industrial is a big positive. “The company’s capital expenditure profile has already improved,” she says. “Looking forward, we think Lexington’s predominantly industrial portfolio and the sector’s much lower cost of tenant improvements compared with office will continue to meaningfully improve both its growth profile and capital expenditure profile.”

Eglin is equally confident. The company’s industrial portfolio now comprises 102 properties totaling 49 million square feet. With current occupancy close to 100% and escalations in more than 85% of leases, Lexington seems well on its way to becoming a pure-play single-tenant industrial REIT.

Five- to 20-year leases, typical for the single-tenant sector, are factors contributing to the appeal of this market segment. “One benefit overlooked in longer-term leases is the predictable growth in net asset value (NAV) per share that comes from maintaining a conservative pay-out ratio and retaining cash flow,” Eglin says.

“There’s a high degree of rental growth predictability in long-term leases, and over time, we expect our newly acquired industrial real estate to perform better when it comes off lease than some of our legacy industrial investments have to date.” Lexington is now taking advantage of its improved cost of capital to purchase additional high-quality industrial properties. 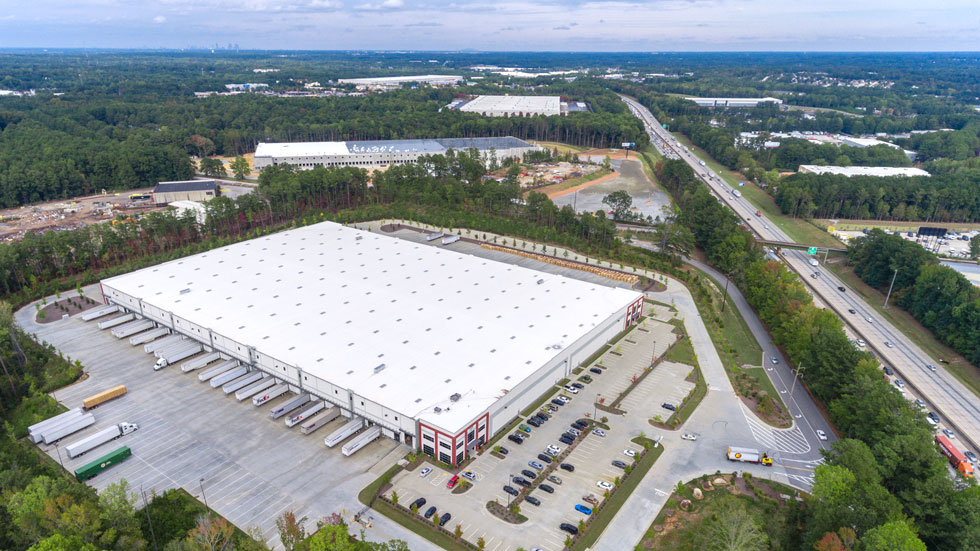 To date, Lexington has made industrial purchases that Eglin believes will generate attractive returns relative to other fixed-income alternatives. That said, he says he wants to deploy capital more accretively than simply buying fully leased buildings.

“So, we engage with merchant builders to find build-to-suit transactions, and we provide capital to development partners for speculative industrial buildings, since the premium paid for fully leased buildings can be high relative to construction costs,” Eglin says.

Much of Lexington’s industrial portfolio is in the South and Midwest, with many of the properties in Memphis, Houston, Detroit, Nashville, and Atlanta. But other cities with strong demographics and attractive business climates are targeted as growth opportunities. “We’ve been very active in the Sunbelt markets from Phoenix to Florida because of favorable conditions there,” Eglin says. “We also like markets that are advantageous for e-commerce users, such as Cincinnati, Indianapolis, Columbus, and Louisville.” Currently, about 80% of Lexington’s industrial assets are located in the top 50 U.S. markets.

Representative investments include a recently acquired 2.4-million-square-foot e-commerce portfolio of three newly built, state-of-the-art, class A distribution facilities in Cincinnati. Set within an established logistics market that works well for e-commerce users, the properties have easy access to interstate highways and include tenants such as Amazon, Walmart’s Hayneedle subsidiary, and Blue Buffalo, a division of General Mills. The weighted-average lease term is just over nine years.

Capital needed for those investments is already on hand. In 2018, Lexington bought back roughly 6 million shares; then, and when share prices traded up in 2019, the company raised over $200 million by issuing shares in an underwritten public offering and through its At-the-Market (ATM) program. “That’s a fairly quick turnaround from repurchasing stock to issuing it, and from that standpoint, we’ve been quite successful,” Eglin says. “Shareholders have begun to give us credit for our repositioning efforts.”

McGrath looks for more investors to do the same. “I think in part this is due to investors starting to understand that the company’s portfolio mix has changed.”

Evercore upgraded the stock to “buy/outperform” last year with the expectation of multiple expansion as investors begin to see the much-improved expenditure profile. “We believe LXP still has room to grow,” McGrath says.

Jonathan Petersen, head of the U.S. REIT Team at Jeffries LLC, has a similar outlook. “Given where industrial REIT multiples are today, we think Lexington’s decision to transition to 100% industrial should drive enough multiple expansion to more than compensate for the earnings dilution,” he says.

Petersen also observes that after selling several more of its larger remaining office properties, the industrial portfolio will make up more than 90% of gross assets at the end of 2020, likely driving multiple expansion closer to that of other industrial REITs. “With the dilution from office sales behind them, we expect a return to FFO/share growth in 2021,” he says. “In the meantime, the approximately 4% dividend yield is well covered by cash flows and has the potential to grow in future years.”

Just 30 properties totaling 4 million square feet remain in the company’s non-core portfolio, and opportunities to harvest and redeploy capital await. Disposition prospects may also include industrial assets already ripe with capital appreciation. “We won’t hesitate to do that,” Eglin says. “In 2019, we sold a cold-storage facility in Washington state for $244 million that was purchased for $152 million in 2015. There’s a lot of profit in many of the investments we’ve made.”

Work remains to move the portfolio to the finish line, but Eglin says everyone at Lexington is in high gear. “We’re excited for what’s to come and we’re ready for a strong 2020,” he says. “This is a company you’ll want to keep an eye on.”