Alan Gold breathed life into a then-underserved sector of the real estate market when he founded Goldstone Real Estate Finance and Investments in 1989.

Through Goldstone, the current chairman and CEO of BioMed Realty Trust Inc. (NYSE: BMR) established the business model for institutional ownership of life science laboratory and office space. Gold has been immersed in the industry for decades, the last of which he has spent at BioMed Realty, which he formed in 2004. BioMed Realty began with a portfolio of about $600 million in life science real estate assets and 10 employees almost 10 years ago. Today, the company has a portfolio worth approximately $6 billion and more than 175 employees.

“We have certainly evolved in many ways,” Gold says, adding that a recent acquisition will propel the company’s growth further. “We’ve had a very successful ride in having been able to weather some difficult times in the broader economy, all the while maximizing the opportunity that exists within the life science industry.”

Founders at the Foundation

Gold proudly touts his staff’s experience in the life science industry as the key to maximizing those opportunities.

“Our staff clearly understands the life-science industry. Our executive management team members are the founders of life-science real estate opportunities,” he said.

After forming one of the first life-science property companies, Gold eventually left Goldstone Real Estate in 1997 to become president of Health Science Properties Trust. That company then executed an initial public offering as Alexandria Real Estate Equities (NYSE: ARE), which still exists today.

One year later, Gold left Alexandria to form yet another company in the life science real estate sector, Bernardo Property Advisors Inc. BioMed Realty was formed from that company seven years later and began expanding its investment portfolio to focus on the core science markets.

Gold takes pride in having had the foresight to play a role in the growing life science industry from the beginning.

“We’ve stayed with, grown with and have cultivated deep relationships throughout the industry,” he says.

Cultivating those relationships has paid off in a portfolio of tenants that includes brand names like Pfizer Inc. and Regeneron Pharmaceuticals.

“We generate the highest rent per square feet in the industry, and we’re very proud of our portfolio,” he says.

Recently, the life science REIT has had strong leasing activity, and Jeff Theiler, analyst with Green Street Advisors, expects that trend to continue.

“BioMed Realty has typically blown through its target leasing estimates,” he says. “BioMed Realty is comfortably on its way to leasing at leasing 2 million square feet by the end of 2013.”

So far in 2013, the company is benefitting from the strong leasing momentum built up in the fourth quarter of 2012, according to Gold.

In March, BioMed Realty announced the signing of two new leases with Life Technologies Corp. for 15 years. The leases cover a total of approximately 205,000 square feet of laboratory and office space with at BioMed Realty’s Science Center at Oyster Point property in San Francisco.

Gold hails the new tenant is a pioneer and worldwide leader in biotechnology.

“Their Polymerase Chain Reaction (PCR) technology was foundational to mapping the human genome, and their recent introduction of the Ion Torrent semiconductor sequencing technology promises to revolutionize genetic sequencing for scientists involved in every stage of discovery research,” Gold says. 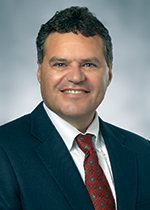 ““We’ve stayed with, grown with and have culti­vated deep relationships throughout the industry.”

In addition, the company announced that it had acquired The Campus at Lincoln Centre in Foster City, Calif., from Life Technologies for approximately $37 million. BioMed Realty plans to redevelop the 19-acre site, currently encompassing seven buildings and approximately 280,000 square feet.

The Evolution of an Industry

Even as BioMed Realty’s tenant list expands and the biotech industry evolves to embrace new technologies and sophisticated products, Gold maintains that the company has stayed true to its original mission.

“The same dynamics that existed in 2004 continue to exist today. The population in the United States and the world are all living longer because of better quality health care,” he explains. “Because everyone’s living longer and wanting higher-quality health care, the demand for innovation has accelerated and the opportunity to provide that innovation comes from the life science industry.”

Costs are not necessarily increasing, but spending is, Gold says, as a result of the desire for a higher-quality lifestyle.

“So we are spending more on health care, but the actual costs for new and innovate products have actually gone down. If you wanted the same sort of procedure for a heart bypass, for example, it costs less today than it did 10 years ago, but we are living longer and we need more heart bypasses,” he says.

In the first quarter of 2013, BioMed Realty announced a $640 million agreement to merge with Wexford Science and Technology, a private developer that focuses on building lab space for academic institutions. The deal, expected to close in the third quarter of 2013, is projected to expand BioMed Realty’s portfolio by 11 percent.

The new properties are located in markets such as Baltimore, Chicago, Philadelphia, Winston-Salem and St. Louis. Theiler says it’s an outside-the-box play.

“BioMed Realty’s move outside of the clusters is contrary to the highly focused strategies of its public competitors. If BioMed Realty is able to avoid direct competition with the likes of Alexandria and HCP by expanding into these markets, that could prove beneficial over the long term,” Theiler says.

Theiler points out that the Wexford relationship may bring other acquisition and development opportunities with academic institutions.

Expanding into the university market actually followed a rebranding effort. BioMed launched a new identity in August 2012, giving its logo and website a facelift. The new monogrammed logo has the three letters in the stock ticker symbol, BMR, interlocking and a new tagline that reads “Discover here.”

Kent Griffin, BioMed Realty’s president and COO, says the tagline highlights the groundbreaking advancement in life science research occurring at BioMed Realty’s properties. “As an organization, this is more of a fine tuning of the message versus a fundamental change,” he says.

As his company continues to grow, Gold is undertaking another fine tuning. He says he wants to clear up what he considers to be misunderstandings about the life science real estate business.

“I think one of the biggest misunderstandings is the relationship of risky stock investments to a very stable organization,” he says. “Biotechnology and life science stock prices have large variances. Yet, they continue to pay the rent for a long period of time.”