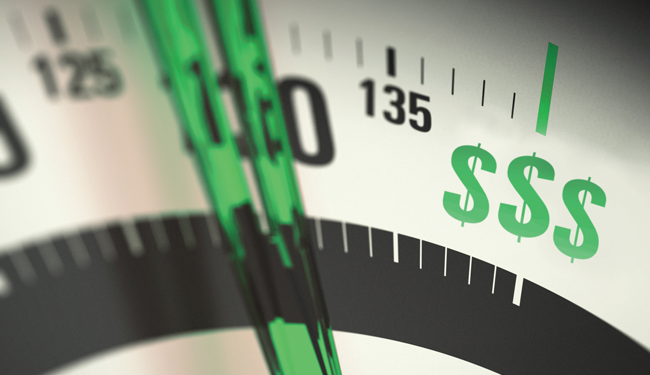 REITs this year continue to enjoy healthy access to the capital markets, showing no signs of a slowdown in the record pace of issuance.

“The year has picked up exactly where 2012 had left off in terms of capital markets issuance, particularly with respect to the equity market,” says Jeff Horowitz, head of global real estate gaming, and lodging at Bank of America Merrill Lynch.

Recent deals – this year and last – have for the most part pleased the markets because they are opportunistic, notes Thomas Bohjalian, an executive vice president and portfolio manager at REIT investment firm Cohen & Steers. Most transactions have been accretive to cash flow, and they haven’t increased leverage.

“The market is open to making good use of proceeds,” Bohjalian says. “REITs are maintaining a strong balance sheet, but using the cost-of-capital advantage that the public companies have today to go out and make their portfolios better, manage earnings better and add value for shareholders.”

REITs’ ability to raise equity at record volumes comes at a time when REIT stocks have been following the rising stock markets, up 20 percent in the 12-month period ending Feb. 28, compared with a 14 percent gain for the S&P 500 index, according to NAREIT data. The rising markets mean REITs can take advantage of investor enthusiasm for stocks.

REITs as a group are also getting rewarded for effectively managing capital. They deleveraged their balance sheets after the financial crisis, they’re borrowing money on the cheap, and they don’t let cash sit idle very long. One efficient strategy used by REITs over the years is to open a line of credit, then draw it down, then raise equity capital to pay off the line. The process is then repeated.

“It gives them the ability not to have cash sitting on the balance sheet but have access to capital through their line of credit,” says Mark Decker, head of the U.S. real estate investment and corporate banking group at BMO Capital Markets.

“REITs are maintaining a strong balance sheet, but using the cost-of-capital advantage to go out and make their portfolios better, manage earnings better and add value for shareholders.”

Those lines of credit come at good rates for borrowers. For example, Hudson Pacific Properties (NYSE: HPP) closed in February on a public offering of 9.2 million shares of stock, raising about $190 million. The company used $60 million of proceeds from the offering to fully pay down the $60 million outstanding balance on its unsecured credit facility, leaving a capacity of approximately $204 million. Hudson intends to use the unsecured revolving credit facility “to finance the acquisition of other properties, to provide funds for tenant improvements and capital expenditures and to provide for working capital,” according to its annual 10-K filing with the Securities and Exchange Commission.

With interest rates so low, the credit facilities come with rock-bottom cost of capital. Hudson pays interest at a rate per annum equal to LIBOR plus 155 basis points to 220 basis points, depending on its leverage ratio. Larger REITs fare even better. Health Care REIT Inc. (NYSE: HCN) announced in January a $2.75 billion unsecured credit facility consisting of a $2.25 billion revolver and a $500 million term loan. Based on the company’s current credit ratings, the revolver bears interest at LIBOR plus 117.5 basis points plus an annual fee of 22.5 basis points.

REITs have also been increasingly raising equity capital through at-the-market transactions, where they offer securities on an ongoing basis. REITs issued $4.36 billion of common stock using this method in 2012, a record year—up from $3.65 billion in 2011, according to SNL Finanical. REITs also started to ramp up issuance of preferred stock using this method last year, raising $49 million, compared with $1 million in 2011.

Total authorizations tend to be $300 million or less, but can go higher. These are much smaller amounts than the typical secondary offerings, which can be well over $1 billion in size. ATM transaction fees paid to investment banks are lower than those charged for standard offerings. “ATM programs allow REITs a way to efficiently raise equity,” says Steven Marks, REIT analyst with Fitch Ratings. “They will always be a meaningful part of capital that is raised in the sector.”

Nonetheless, investors have mixed feelings on ATMs. While the issuer pays less in fees, the transactions are less transparent than regular deals.

“The point of raising equity is about going back to your shareholders and telling them why you are issuing more stock,” Bohjalian says. “There is a litmus test that occurs in that where the market gets to vote if they don’t think it is a good transaction.”

The caveat with ATMs is they tend work in a rising market, which REITs enjoyed in 2012 and thus far this year in the first quarter.

“The pricing has been quite aggressive and favorable,” Horowitz says. “Since we’re in a market where you have low rates on the preferreds and the capital is perpetual, you have seen people take advantage of that.”

Dividend rates paid on issues over the last 15 months have generally ranged roughly 6.4 percent to 8.6 percent, with larger cap REITs getting the best prices from investors. General Growth Properties Inc. (NYSE: GGP) issued $250 million in redeemable perpetual preferred stock in February, at a dividend rate of 6.375 percent. But Vornado Realty Trust (NYSE: VNO) did even better in terms of cost of capital, fetching 5.4 percent in its $300 million offering in January.

Initial public offerings have been sluggish, although there has been some light at the end of the pipeline.  There were just $1.4 billion worth of IPOs in 2012, down from $1.8 billion in 2011 and $1.9 billion in 2010, according to SNL. These totals are a fraction of total overall equity raised—private companies for the most part are balking at the discount fees they must pay to investment banks at issuance, and the prices being offered.

“There is a big disconnect between the valuations public investors are placing on these assets versus what they might be worth in the private markets,” Marks says.

Private REITs could end up just listing their shares publicly without doing an IPO, Marks adds. That would allow them to meet so-called liquidity event deadlines, where shareholders can cash in on their original investment. Some U.S. private real estate companies have even looked to Canada to go public in order to get better valuations and visibility (See sidebar). There has been some positive movement regarding U.S. REIT IPOs, however. Through the first quarter of 2013, six companies (three equity and three mortgage) went public, raising $970 million.

Despite the uptick to start the year, REIT IPO activity will remain muted in the near future, according to Schecky Schechner, managing director and U.S. head of real estate investment banking at Barclays Capital.

“There are a handful of IPOs in the pipeline right now,” he says. “I think that is about all you will see until the discount narrows significantly.”

The Down Side of Tapping Equity

Not everyone in the markets is a fan of the equity issuance growth. By doling out so many shares, REITs are dampening the demand for stock and depressing prices, says Jonathan Litt, chief executive officer of Land and Buildings, an investment advisor.  In one example, Simon Property Group Inc. (NYSE: SPG) closed a $1.67 billion offering last Sept. 18, followed the next day by a $908 million issuance by Health Care REIT. In apartment sector, Equity Residential (NYSE: EQR) and AvalonBay Communities Inc. (NYSE: AVB) issued a total of $3.3 billion worth of stock in November to help finance their $16 billion purchase of Archstone. Those issuances expanded supply of stock too fast, he notes. “It soaked up a lot of excess investor demand for the group,” Litt says. “It makes it hard for the stocks to go up when there is this constant onslaught of new equity coming into the space.”

Litt still sees room for REIT stock prices to appreciate—giving them all the more reason to slow down on the issuance of equity. He estimates REITs are actually trading at discounts to underlying asset values in the 7 percent to 10 percent range—and greater for blue chip names—given the availability of historically low rates on debt.

Some Caveats, but Optimism Reigns

A few things could dampen the receptive environment for equity issuance. A market downturn would certainly slow the pace, as would higher interest rates, which would siphon off investor cash to other asset classes. Also, if REITs were to start raising capital that isn’t accretive to net asset value, enthusiasm would also wane, Bohjalian notes.

“The party tends to end when you start doing transactions for growth’s sake,” Bohjalian says. “If you are growing just to grow, the market doesn’t like that, and will tend to discount your shares, and your cost of capital gets worse.”

But for now, full steam ahead.

“We’re still in the early innings here,” Horowitz says. “We expect a continued rotation of funds flow into yield-oriented securities. Over the last number of years, the public REIT market has come in and moderated a lot of the boom-bust cycle.”