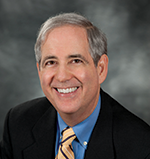 REIT:  What’s your outlook for GDP and employment?

Markstein: My view is not that different from consensus. I do see an overall improvement over the next two years, as I expect the economy to accelerate a little bit. Not a lot, just a few tenths of a percentage point, with GDP growth of around 2.5 percent this year and 3 percent in 2014. I don’t have a formal forecast beyond two years, but a ballpark estimate for 2015 is around 3.2 percent.

REIT:  Let’s talk a bit about different sectors in the construction area. Housing was at the center of the crisis but is showing some signs of life. What do you see ahead?

Markstein: Housing is clearly in recovery, but we have a long way to go to get back to normal.  Construction is still well below our long-term needs. In my forecast, single-family housing starts rise 25 percent in 2013 and another 16 percent in 2014. Even with this growth, single-family housing starts will remain below the nation’s long-term needs at the end of 2015.

The recovery in housing will power the overall economic recovery. One way it does so is in overall consumer spending. Auto sales have been rising, which gives a boost to manufacturing and so much else, and pickup trucks are a big part of this rise in sales. Many contractors haven’t bought a new truck in ages, but the rebound in home construction is helping lift demand.  Another link between housing and the rest of the economy is through retail space. Lots of retail shops like dry cleaners, dental and professional, are in strip malls. New developments in these strip malls often follow the single-family housing construction in the area by one to two years.  In the out years of my forecast, retail construction activity improves to a 10 percent growth rate in 2015.

REIT:  What about the outlook for multifamily?

Markstein: Multifamily construction will begin to taper off and slow down, especially as rent growth stabilizes. There was a shift from ownership to rental for economic reasons in recent years, but the sector is largely over the massive growth.  I do hear anecdotes in some markets that new supply is coming faster than it can be absorbed, creating a temporary surplus. The risk in multifamily is that there could be even more overbuilding down the line.

REIT:  How about the office sector? The latest construction figures show an increase of almost 25 percent from a year ago.

Markstein: The recent jump is a catch-up for all the construction that wasn’t done over the past five years. There are other reasons why tenants want new buildings, in particular, having the new technology in place. You can retrofit an old office building, but there are limits to how much this can be done.

Office construction also responds to population shifts, as you need new buildings in the growing markets. Office space can’t grow too strongly, though, as the footprint of the office or cubicle has decreased.  The trend toward telecommuting also slows the market. Over the near term my forecast anticipates pretty good growth in office construction, rising in the high single digits in 2013 and 2014.

Markstein: Retail construction had pretty good growth in 2011 and 2012, off of very low levels. Some of this was from projects that had been abandoned during the financial crisis but were recently restarted. My forecast has retail construction up just a little this year, but accelerating in 2014 and 2015, due to a stronger housing market.

REIT:  We have seen a trend into mixed use developments with retail shops on the ground level, offices above and apartments nearby.

Markstein: The rise in mixed use is firmly in place, as it makes living in these developments more desirable. It’s a big advantage to go downstairs to do your shopping, go to the grocery store or other shops within walking distance. It’s fantastic not to have to get into your car.