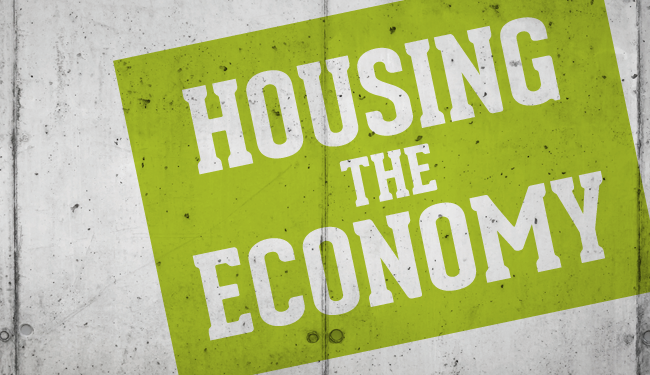 REITs were created by Congress in 1960 to give all Americans the opportunity to invest in large-scale, diversified portfolios of income-producing real estate. Many of the early U.S. REITs consisted of small-scale amalgamations of commercial real estate assets and mortgages.

Today, however, the REIT universe has evolved to include some of the largest companies in the world, irrespective of industry. Through everything from shopping centers to office buildings to infrastructure, REITs now facilitate the essential endeavors that make up the foundations of economies on all levels. U.S. REITs own more than $1 trillion of real estate and through their own operations and use of their facilities help support nearly 1 million jobs in the U.S. each year.

In the eyes of industry veterans, what have been the keys to that maturation? The gravitation of quality management teams to the industry and discipline required of public companies are among the most common responses. Those same features have helped build REITs into a sound investment as well.

“REITs are more institutional-quality, fully integrated companies today—a significant evolution from the externally advised small structures that were more prevalent prior to the modern REIT era,” says Mary Hogan, managing director and co-head of Americas real estate with APG Asset Management US Inc. That has helped lead to nearly 50 million Americans investing in REITs through their 401(k) plans and the number of plans offering REITs as an investment option to rise from 5 percent to 30 percent over the last decade.

“REITs have evolved to maintain relevance in the real estate world,” says Marty Cohen, co-chairman and co-CEO of REIT investment firm Cohen & Steers. “That’s by virtue of their expanding portfolios, expanding global reach and having been established as a preferred medium for real estate investment.”

So, how have REITs stayed relevant? Longtime observers trace the turning point back to the early 1990s and the massive wave of initial public offerings of REITs that transpired during that period. Ted Bigman, managing director and global head of real estate at Morgan Stanley Investment Management, cites the initial public offering of retail REIT Taubman Centers Inc. (NYSE: TCO) as the single most important event that keyed the maturation of REITs. Taubman Centers went public in 1992 in the form of the first-ever umbrella partnership real estate investment trust (UPREIT), an approach that was copied by scores of private real estate partnerships as they joined in launching IPOs.

“Real estate investment trusts are the bedrock of commercial real estate in this country, perhaps therefore the biggest contributor to construction jobs in the country. ‘Mad Money with Jim Cramer’ has been a huge supporter of REITs because they care far more about their shareholders than any other cohort in the stock market today.”

“If you think about it, this whole evolution might not have happened had Taubman and Morgan Stanley not figured out this UPREIT structure,” Bigman says. “A lot has happened since then, but absent that, you wouldn’t have had all of these companies go public and turn this into a real, investable universe.”

Jim Sullivan, managing director with REIT research firm Green Street Advisors, shares that sentiment: “The innovative UPREIT structure allowed owners to transfer their real estate to public vehicles on a tax-deferred basis. If not for the UPREIT, much of the real estate now in the public domain would, instead, be held in private hands.”

The ensuing wave of REIT IPOs during that period in the 1990s brought liquidity to the commercial real estate market at a time when it was desperately needed, according to Cohen. During that period, the Resolution Trust Corporation was looking to offload real estate assets that the government had assumed during the savings and loan crisis. With the debt markets frozen, it took the equity capital generated through public offerings to get transactions flowing once again, according to Cohen.

“REITs provided liquidity that the private market was not able to provide,” he says. “That’s when the REIT industry came into its own.”

The proliferation of publicly traded REITs opened up the investing public to a broad swath of companies specializing in an array of property types—apartments, public storage centers, industrial facilities, offices. Once they started going public, though, the market sent REIT management teams a message: They weren’t just development companies anymore; they had to grow into full-fledged operating companies. Bigman says that realization had a profound impact on not only how REITs operated, but in the benefits that transferred to consumers.

“REITs offer important benefits to investors and to property owners alike. They allow investors to easily access real estate investments and to do so with daily liquidity, diversification and broad choice. Furthermore, they provide property owners with another way to raise funds, making real estate more liquid and transparent and allowing it to play a more important role in our economy.”

“The companies had grown up as developers when they had been private,” he says. “As they became public, I think there was a greater focus on generating better performance from their operating assets, such as filling occupancy and reducing their expenses. Tenants started getting better service so landlords could get better retention rates.”

Eventually, Bigman says, REITs had a different attitude toward what they had to offer.

“The public operators know that the bulk of their value comes from doing a good job running their existing portfolios,” he says. “The public companies have evolved from being deal shops and developers to being professional managers.”

To meet the standards set by public markets, REITs had to acquire and develop a wider complement of skills and specialties, according to Amos Rogers, managing partner with ARIS Advisors LLC. He also notes that going public required company executives to have skin in the game.

“While REIT management teams have traditionally been excellent ‘property people,’ the public market has instilled a strong element of capital markets expertise and corporate governance responsibility,” he says. “The fact that most management teams are ‘internal’ employees provides a more appropriate corporate alignment of interest between management and stakeholders.”

“As REITs grew and evolved, they realized that their cash flow was highly dependent upon their tenants,” he says. “They became much better property managers and today are the most sophisticated property operators on the planet. They have higher occupancies and higher tenant retention than any other group of real estate owners. No individual investor could do as high quality a job as a REIT in the acquisition, leasing, property management and disposition activities as a REIT management team, in my opinion.”

Downturn With An Upside

Observers say REITs again demonstrated the vital role that they play in the global economy as the worldwide financial system spiraled into chaos in the late 2000s.

The details of the Great Financial Crisis are familiar. In 2008, contagion in the U.S. housing and subprime mortgage lending market set off a cascading series of catastrophes throughout the increasingly interlocked global financial system. Ultimately, the financial panic led to a standstill in bank lending.

“The economic downturn and credit crisis of 2008 and 2009 was something of a watershed event for REIT capital structures,” Rogers says.

“REITs present a great opportunity for both small and large investors to get exposure to the many areas of commercial real estate with liquidity and transparency in a diversified portfolio with relatively low leverage. While some investors worry about volatility of public markets, over the long-term REIT investments have performed quite well relative to their private market real estate counterparts while also limiting exposure to particular investment strategies or individual manager performance.”

Unable to borrow, REITs tapped the equity markets to recapitalize their balance sheets. Armed with fresh capital, REITs not only fulfilled their debt obligations, they also took advantage of distressed selling in cases where owners couldn’t meet theirs. In the process, REITs took real estate assets off the books of institutions with little interest in holding them, such as banks and insurance companies.

“REITs were able to find liquidity when there were no other sources. It validated the REIT model, which is now a permanent fixture in the real estate world.”

The events of the credit crunch also taught REIT management teams an important lesson, according to Sullivan.

“The most important trait for any real estate company’s management team – whether public or private – is its capital allocation and balance sheet management skills. Many public REITs have done a great job on this front,” he says. “However, we learned during the ’08-’10 period that some REITs had employed far too much debt and, in some cases, were far too aggressive on the development front.”

Yet, Sullivan also notes that period provided an important contrast between publicly traded REITs and private firms: “While the overall REIT report card wasn’t great, the report card for private real estate companies during the economic downturn was far worse.”

“The recession imposed more responsible capital structuring on REITs. But their success in accessing the capital markets during a time of stress, and their strong market recovery leading out of the recession, provided market confidence in the structure,” he says. “In the end, it was a very positive stress test for REITs and produced a more stable and financially more versatile structure for the asset class.”

REITs quickly rebounded as the height of the economic hysteria passed. The FTSE NAREIT All REIT Index topped the S&P 500 each year from 2009 to 2012, generating total returns of more than 20 percent in three of four years.

“I view a REIT as a landlord as a huge positive, especially vs. landlords that are closely held entities. We always get treated in a professional manner. I always find I get transparency on expenses, great property management as they typically hire the best facility firm, and I do not worry about the ability to fund improvements or lease obligations. I handle real estate all over the globe and there are many times I have said about an issue, ‘This wouldn’t happen if we were working with [a REIT].’”

The performance has helped lend credence to the argument that REITs meet a number of needs for investors, not the least of which being performance.

“I think investors’ attitudes toward REITs have changed significantly since their beginnings in the 1960s, when they were perceived as mere collections of assets which offered an attractive dividend yield and an affordable way for the small investor to participate in the commercial real estate industry,” Hogan-Preusse says. “Since then, and particularly within the past 20 years, REITs have far stronger appeal to the retail investor who is able to access world-class assets and world-class management by buying REIT shares, investing in REIT ETFs, or buying shares in a high-quality REIT mutual fund. REITs also offer important benefits to the institutional investor.”

For a long time, investors added REITs to their portfolios primarily for one reason, according to Mueller. “Many investors originally bought REITs for their income production alone,” he says. In 2012 alone, U.S. REITs paid out approximately $29 billion in dividends.

Now, though, an increasing number of investors look at REITs as bringing the same benefits to their portfolios as hard commercial real estate assets—and then some. In addition to their performance track record and coveted dividends, REITs offer a host of worthwhile benefits to investment portfolios, according to researchers and longtime investors.

“REITs should play an important role in any diversified investment portfolio,” Sullivan says. “They provide a liquid and transparent way to access commercial real estate. In the current investment environment, the dividend yields generated by REITs are particularly appealing.”

“Investors see REITs today as a viable source of diversification and non-correlated returns within their broader portfolios,” Rogers says. “The acceptance and growth of the REIT structure in countries around the world has created a truly global asset class.”