Apartment REIT AvalonBay on the Rise

Steady growth under CEO Tim Naughton and his team has AvalonBay on the rise in the apartment sector. 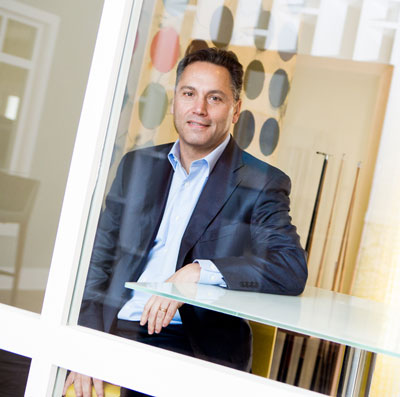 Timothy Naughton, chairman, president and CEO of AvalonBay Communities Inc. (NYSE: AVB), has worked in the apartment sector long enough to have seen all parts of the real estate cycle more than once.

Naughton joined a predecessor to AvalonBay in 1989, during a recession that preceded a decade of economic growth and rising rents. AvalonBay was formed during that expansion, in 1998, through the merger of two stock exchange-listed apartment REITs with holdings on opposite U.S. coasts. By 2007, the company had grown large enough to be added to the Standard & Poor’s 500 index.

Since 2010, AvalonBay, regarded by some analysts as the most adept developer among apartment REITs, has started nearly $7 billion in development projects and completed about $4 billion of that total. Under Naughton, who has risen through the firm’s executive ranks, the company has taken full advantage of what may prove to be the best recovery in its sector in several decades. The housing bust and demographic shifts, among other factors, fueled a historical surge in apartment demand in recent years, and Naughton believes the rally still has room to run.

In late 2012, just as the economic recovery was gaining steam, AvalonBay announced that it would team up with rival Equity Residential (NYSE: EQR) to buy Archstone Inc., a privately held apartment landlord with vast holdings in major markets, from bankrupt Lehman Brothers. The deal came as a surprise to many since AvalonBay has largely focused on development, rather than acquisition, as a means of growth.

The acquisition was valued at a total of $16 billion, including the assumption of nearly $9.5 billion in debt. AvalonBay acquired 40 percent of Archstone, and Equity Residential acquired the balance of the portfolio. The two worked to split Archstone’s portfolio of more than 45,000 rental units as well as its development and land sites.

The deal, which closed in early 2013, appealed to the company in part because of the significant overlap between Archstone’s geographic footprint and its own. Southern California, where growth through development is extremely difficult, is one example.

“We have grown pretty dramatically over the last five years in response to what we thought was going to be a great apartment cycle. It has turned out to be perhaps the best cycle we have seen in the last 40 or 50 years,” Naughton says. 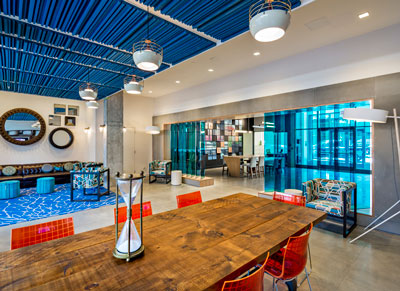 AvalonBay now has a total enterprise value of $31 billion, up from about $16 billion just prior to the Archstone deal. At the end of 2015, the company owned or had interests in 285 apartment communities, containing a total of nearly 84,000 units in 11 states and the District of Columbia.

While AvalonBay is much larger than it was a few years ago, it has, in many ways, remained true to its strategic mission over the past two decades.

Rather than casting a wider net over time, the company has stayed focused on expanding its footprint in what Naughton calls “the large-cap East and West Coast markets.” The company and its predecessors have assembled a portfolio concentrated in New England, the New York/New Jersey metro area, the Mid-Atlantic, the Pacific Northwest, and Northern and Southern California. Within those regions, its properties are located in 18 densely populated, high-barrier-to-entry markets. For-sale housing is costly there, and employment is tied to high-wage sectors, namely finance, health care, technology and education.

“Our markets have attractive characteristics on the demand and supply side and have a scale that allows us to grow within our existing footprint without taking undue risk by moving into new markets,” Naughton says.

While many big investors have focused exclusively in recent years on urban markets, AvalonBay has sought out opportunities in both urban and suburban pockets. 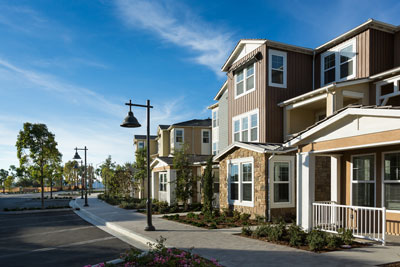 “We like to say that we are relatively agnostic about where we play in our markets. We are trying to target submarkets that are attractive places to live and match the product to the best opportunity as it relates to customer demand,” Naughton says.

Over the last several years, AvalonBay has rolled out a three-brand framework that allows it to appeal to consumer demand in individual submarkets. The multi-brand strategy is reminiscent of what automakers and major hotel brands have done.

The oldest of the three brands is Avalon, which Naughton describes as a luxury product with relatively spacious apartments and a refined vibe. Avalon properties have high-end finishes, spa-like fitness centers and a formal, “consider-it-done” approach to customer service, according to AvalonBay’s CEO. Located in established urban and suburban submarkets, Avalon communities are geared toward professional singles and couples. (Think of the types of renters who would stay at a Westin hotel when traveling, Naughton says.)

Meanwhile, the AVA brand has an urban sensibility and is designed to appeal to millennials, many of whom prefer city living and have been a big driver of apartment demand during the recovery. In 2015, the generation of roughly 75 million Americans born between 1982 and 2003 surpassed the outsized baby boomers as the nation’s largest living generation, according to the Pew Research Center.

As millennials have come of age, they have gotten married and had children later in life than have members of previous generations, a shift that has fueled apartment demand. 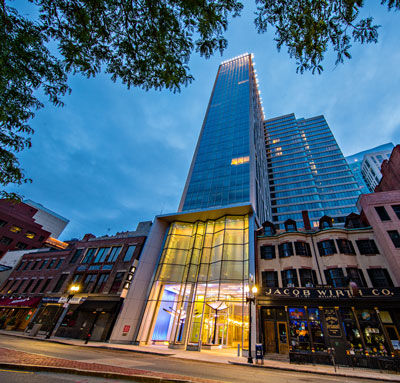 “This shift has resulted in the need for less space and less privacy” when it comes to housing, and that bodes well for apartment demand, says Dave Bragg, a managing director with Green Street Advisors.

AVA properties are typically located in up-and-coming urban submarkets, such as Seattle’s Ballard neighborhood or Manhattan’s Bowery. The relatively small apartments are modern and stylish in design.

Lastly, Eaves by Avalon appeals to price-conscious consumers, including many families. The company has grown the brand largely through acquisitions and redevelopment in suburban locales.

The communities are light on amenities, but well maintained and staffed by leasing consultants who strive to provide friendly, courteous service, according to Naughton.

AvalonBay’s decentralized structure has played a critical role in helping it understand growth patterns and demand dynamics, and excel at development under challenging conditions.

High-barrier-to-entry markets generally have a low supply of land zoned for apartments, and the entitlement process in such places is often long and contentious.

AvalonBay has 12 regional offices, each staffed with 30 to 50 associates. The teams have deep roots in the communities in which they work, a great deal of collective development experience and relationships with local landowners and brokers.

The company’s headquarters provides “centralized support to a decentralized model” in the form of product-design coordination, market research and customer insight, among other roles, according to Naughton.

Last year, AvalonBay completed a record $1.3 billion in development at an average profit margin of 34 percent. Its projects had a weighted average initial stabilized yield of nearly 7 percent, which was well above the prevailing cap rates in AvalonBay’s markets.

In 2015, the company’s core funds from operations (FFO) per share increased by more than 11 percent, driven by same-store net operating income growth of nearly 6 percent and contributions from new investment activity.

The company has also set itself apart from its peers when it comes to its balance sheet, Bragg says. Since the financial crisis, it has worked to lower its leverage, now the lowest among apartment REITs, according to Bragg. 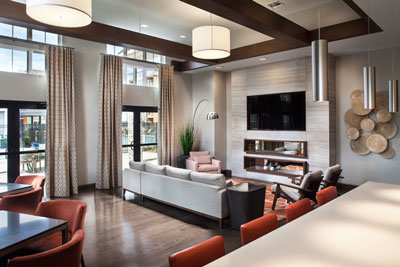 “There are worries in the investment community about the possibility of a recession” and how that might impact development-oriented REITs in terms of access to funding, says Andrew Rosivach, a managing director at Goldman Sachs. “What many investors are missing is that AvalonBay has put its balance sheet in a place where it can fund projects no matter how bad things get. This is a balance sheet that was built for a recession.”

Through a practice called match funding, AvalonBay has enhanced its earnings and reduced the funding risk associated with development. The company raises about 80 percent of the long-term capital for a given project at the start of construction.

“We have a good sense of what we think an asset will yield upon completion as well as today’s capital cost. With match funding, we are locking in the cost of capital for most of our commitments and locking in the spread over the initial yield on our projects,” Naughton says.

AvalonBay has a development pipeline of about $4 billion in projects that have yet to be started. The company is actively seeking opportunities in Southern California, Washington, D.C., and Boston—markets that turned a corner later in the recovery and thus have longer expansion periods ahead of them, according to Naughton.

Sourcing new opportunities has become a bit more challenging in some of AvalonBay’s other core markets. For instance, San Francisco Bay and metro New York areas are so overheated that it has become hard  to compete for sites with other types of developers, such as condo builders, or to underwrite projects as profitably because of high land costs and construction pricing, according to Naughton.

Furthermore, AvalonBay has become more cautious in markets like Seattle and Northern California because of the slowdown in the high-tech sector.

Many REIT investors have grown concerned about the level of apartment development taking place across the country. Naughton isn’t alarmed. 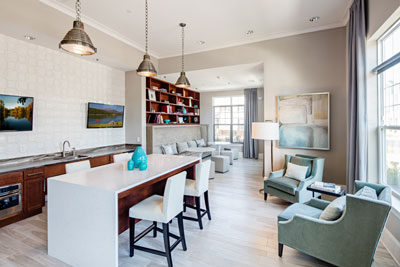 The housing market, he says, is reaching a point where the demand for rental housing and for-sale housing is becoming more balanced. Overall demand, though, remains skewed in favor of rental housing, he adds.

Total housing production, which includes rentals and single-family homes, is slightly more than a million units yearly, according to AvalonBay. Household formation, which tends to be correlated with job growth, is about 1.5 million annually.

“Arguably housing production still hasn’t caught up with total demand, and that gets expressed in rising rental rates and home prices,” Naughton says. “We think the amount of supply out there today is actually a very rational response to underlying demand.”

Naughton also doesn’t believe the current economic expansion is about to die of old age. Now in its seventh year, the recovery is similar in many ways to the expansion that took place in the 1990s, he says. That recovery followed a financial crisis and lasted a decade. By comparison, the recovery of the early 2000s spanned about seven years.

“This is likely to be a longer economic cycle than we have typically seen, but with a moderate pace of growth,” Naughton says.