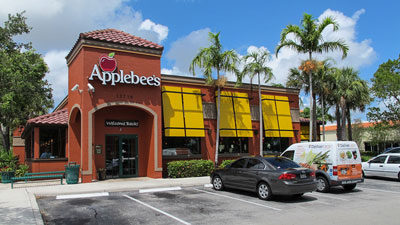 For most executives, successfully bringing one company public would be a career-capping achievement. But Christopher H. Volk is finding that in the REIT space, the third time can truly be the charm.

Volk is the president and CEO of STORE Capital Corp. (NYSE: STOR), a net lease REIT that has been delivering growth and earning plaudits from Wall Street since it debuted on the public market just before 2014’s Thanksgiving holiday. This is his third real estate company – and a quite successful one so far.

STORE – its name stands for Single Tenant Operational Real Estate – has quickly earned a reputation for delivering solid results by “focusing on things that make money for people,” Volk says. Tenants aren’t mega malls or giant chains with nationwide recognition. Instead, they’re businesses focused on the service sector with a “long-term, sustained relevance” that should survive economic cycles and shifting consumer tastes, he adds.

This focus helped the stock soar by more than 30 percent since the IPO. Simon Yarmak, a Stifel vice president who covers the company, is looking for the Scottsdale, Arizona-based firm to continue performing well. STORE “should probably generate some of the best earnings growth in the sector over the next couple of years,” he says.

Volk, who has an MBA from Georgia State University, boasts several decades of experience in this space, which has undoubtedly helped him fine-tune the idea. Prior to forming STORE, he was the co-founder and CEO of Spirit Finance Corp. He formed Spirit Finance in 2003, and it grew into a public NYSE-listed company that later sold for approximately $3.5 billion in 2007.

Volk was also president of Franchise Finance Corporation of America, which was sold to General Electric Co.’s finance arm for approximately $2.1 billion in 2001.

The fact that Volk and his team have been together for years gives analysts confidence that the company’s success is not simply beginner’s luck.

“These guys actually have a track record … rather than being a company where this is all on a chalk board and you’re investing in hope,” says Andrew Rosavich, who covers STORE for Goldman Sachs. Adds Paul Adornato, a longtime REIT analyst who covers the company for BMO Capital Markets: “I have a great admiration for the management as they’ve gotten better and better each time they’ve created a public company.” 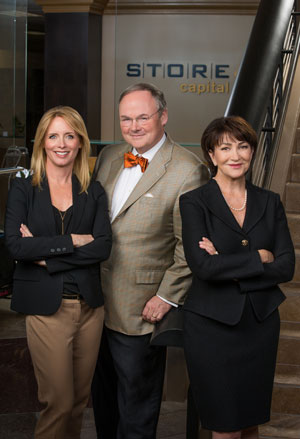 “They’ve been on a tear in terms of their accomplishments as a public company,” says Cedrik Lachance, director of U.S. REIT research at Green Street Advisors.

STORE has an occupancy rate of 99.8 percent and average remaining lease term of 14 years, providing assurance that short-term economic woes won’t provide dramatic issues anytime soon. Volk points out that the company receives unit-level profit-and-loss reporting “on an unprecedented 96 percent of the assets we hold,” giving STORE a better ability to assess and manage risk.

As the retail sector fights with the growing popularity of e-commerce, STORE generally targets tenants that are middle-market (between $20 million and $300 million in revenue) or larger, but primarily unrated due to size, notes Craig Kucera, a Wunderlich Securities Inc. analyst who started covering the company with a “buy” rating in 2015.

STORE has also developed proprietary credit underwriting standards, a move that helps reassure analysts and investors who don’t have access to specific lease and store performance metrics. Service-oriented businesses fill 72 percent of its portfolio, while retail comes in at 15 percent, according to securities filings. About 12 percent of base rent and interest comes from Texas, followed by Illinois and Georgia.

A furniture chain is another large tenant. While one can order a couch online, it’s easier to check it out – and sit on it – in the actual store. Other businesses include eateries such as Popeyes Louisiana Kitchen and day-care facilities.

“Day care is a service. There has to be a location where you bring your child. There’s not another option,” explains Catherine Long, STORE’s CFO and treasurer. 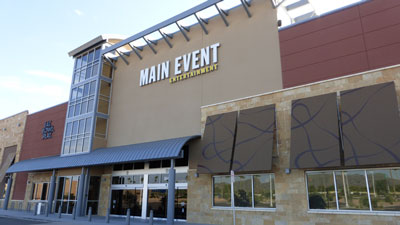 Many landlords work with brokers to buy properties, which is a relatively easy model. STORE’s strategy, meanwhile, is a successful spin on telemarketing’s cold-calling methods. It identifies and works with property owners who see value in selling properties and then leasing them back. The company “essentially sources its own product,” Kucera says.

STORE avoids broker fees and bidding wars. More importantly, it can work with its tenants personally in the crafting of leases, something that gives clients peace of mind.

“You can substitute. If you want to close it down, sell it, assign it or sublease it to someone else, we’re going to work with you,” Volk says. “If our customers succeed, we’re going to succeed.”

“It’s a differentiated model,” says Lachance, who adds that there is ample opportunity in the space, preventing cutthroat competition. “There’s plenty of room for everybody to play. There’s no reason for the companies to go after each other’s customers aggressively.”

Fedewa reports that tenants are happy as well. “One-third of our business this past year was repeat business,” she says. “We’re creating what I like to call ‘a loyalty program,’ if you can do that in the financial space.”

Dustin Miller, CFO of America’s Auto Auction, a Dallas-based business with 12 locations nationwide, has worked with Volk and his team for more than a decade and has another transaction in the works. He’s complimentary of the process, which allows him to free up capital to continue growing his business.

“It’s a joy to do deals with them. We’ve done a lot of financing with a lot of big companies, and it’s just a night-and-day difference from other firms to them,” he says. “They’re creative, they’re smart. They get it.”

Observers point out that Volk’s excitement for his latest venture shines through. He still seems to be having fun in the REIT space. 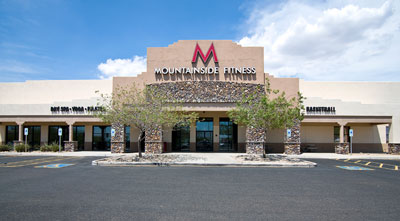 “You could see the enthusiasm and his eyes lighting up” as he described the business model during an investor day, Adornato recalls. “He really, really loves all this, how the modeling of leases works. His passion for the details is very obvious.”

When Christopher H. Volk found himself with an idea for a new net lease company – his third in the REIT space – he joined forces with Wall Street powerhouse Oaktree Capital Management to launch STORE Capital Corp. (NYSE: STOR).

Oaktree, which has about $100 billion of assets under management, was a large investor – and huge supporter – from day one, when it partnered with others to invest $1.1 billion in the new company. Oaktree acknowledges this could have been considered an unusual investment for a company best known for investing in distressed assets. However, Oaktree was sniffing around the net lease space, which was experiencing lingering issues from the financial crisis, just as Volk was getting his idea off the ground.

“This was a big bet for us,” says Rajath Shourie, an Oaktree co-portfolio manager. “We’re quite proud of being associated with STORE.”

As STORE has grown and delivered stellar financial results, Oaktree reduced its ownership stake, erasing an overhang that had some investors jittery. At the IPO, Oaktree’s ownership position stood at around 71 percent. In March, news came that Oaktree was exiting its equity stake.

“Our investors expect their capital back at some point,” Shourie explains. 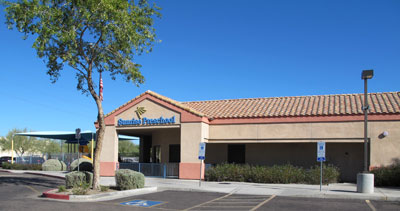 Analysts applauded the move, which was not unexpected. This removes “uncertainty and the equity overhang from the shares,” according to a note from Cowen and Company analysts to clients.

“This has been a key issue for investors since the company’s IPO in 2014,” the Cowen analysts wrote. “Additionally, it should increase the liquidity of the shares, potentially improving valuation. Finally, with no additional stake in the company, Oaktree will lose its remaining positions on the STORE board as management appoints suitable independent directors.”

Overall, Oaktree’s presence was viewed as a positive by Volk. “When you run these companies, it’s easy to drink your own Kool-Aid,” he says. An outside perspective “makes our team much sharper. There’s a lot I’ve learned from Oaktree, and I’m very appreciative.”