In the aftermath of the financial crisis, Chad Carpenter came out of early retirement to get in on the ground floor of what’s been dubbed the institutionalization of single-family rental homes—a market long dominated by mom-and-pop investors.

Carpenter—who retired in 2008 after selling a firm he co-founded that invested in office properties—decided to follow the lead of a handful of well-known, deep-pocketed investors who capitalized on the housing bust by buying legions of homes at steep discounts (often one at a time) and leasing them to a growing pool of renters.

“I saw the same opportunity in the residential space that Stephen Schwarzman of Blackstone, Barry Sternlicht of Starwood, and Tom Barrack of Colony did. I just went at it a little differently,” says Carpenter, who in 2012 founded Reven Housing REIT (NASDAQ: RVEN).

In 2013, Reven raised seed money from private investors and began executing what Carpenter, its chairman and CEO, calls a differentiated strategy.

Rather than doing what a lot of its competitors did—buying empty homes, fixing them up, and turning them into rentals—Reven has, since its inception, focused on acquiring relatively small, stabilized portfolios of modest rental homes in major markets. The strategy, says Carpenter, is less time- and capital-intensive than pursuing a value-add approach to the sector and generates higher returns. Reven outsources property management to experienced third-party firms with local-market knowledge and connections.

“We didn’t have a multibillion [dollar] partner behind us,” says Carpenter, explaining why Reven opted for a different approach than many of its competitors. “To buy one home at a time—empty—on a large scale, you need a significant amount of capital to do that. Instead, I was looking for a model based on cash flow.”

Headquartered in La Jolla, California, Reven is now a leading owner and operator of single-family rental homes in the Southeast. The company, which intends to expand nationally, owns more than 800 homes in Atlanta; Houston; Birmingham, Alabama; Jacksonville, Florida; and Memphis, Tennessee. Its portfolio was 95 percent occupied as of May 2018.

Now that the supply of foreclosed homes has dwindled, you might think Reven is doing one of the very things it sought to avoid in the first place: competing with much larger players for acquisitions of stabilized properties. Carpenter says that’s not the case.

“There are still interesting [acquisition] opportunities, but that great pie-eating contest is over, and [single-family rental] REITs are now more focused on streamlining operations,” says Haendel St. Juste, a senior REIT analyst at Mizuho Securities USA. “They are building more scale in individual markets. That’s one way to improve your margins.”

Reven—which had a market capitalization of about $43 million in June 2018—is among the smallest of the public players in its sector, which has seen consolidation recently. Invitation Homes Inc. (NYSE: INVH) and American Homes 4 Rent (NYSEMKT: AMH), the two largest single-family rental REITs, had market caps of about $12 billion and $6.5 billion, respectively, at the end of June.

Carpenter says Reven’s biggest challenge is raising capital to make acquisitions, not competing for them. The company, he explains, buys smaller, less expensive homes than its larger competitors. Its homes range in price from $70,000 to $150,000 and measure a mere 1,400 square feet on average.

In addition, the company has spent the last five years compiling a proprietary list of owners of single-family home portfolios across the United States—which has been a valuable resource for sourcing off-market deals when Reven has capital to invest. 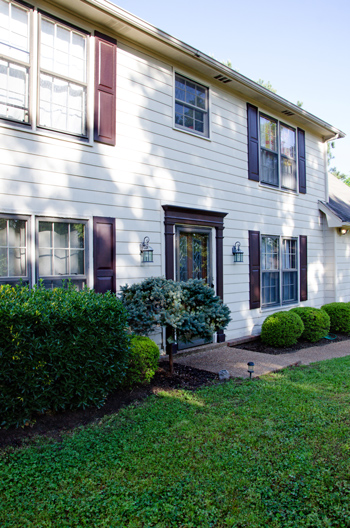 For its part, Reven has hitched its star to the lower end of the single-family rental market, or what Carpenter calls “workforce housing.” The company’s target demographic is households earning between $35,000 and $75,000 a year—a cohort that represents the country’s largest pool of renters, according to Reven. Its average rent is $980 per month.

Within Reven’s target demographic, there are about 10 million households renting, according to a company analysis of Census data. By comparison, among households earning $75,000 to $150,000 a year, about 6 million of them rent.

Lower-income households also tend to rent for longer periods of time than those at the upper echelons of the income ladder, according to Carpenter. Only about 1 percent of the company’s renters have moved out to buy a home. “Our renter base is a long-term renter base,” he says. “If you are paying $2,500 or $2,800 per month [in rent], it’s easier to pay for a mortgage than if you are paying $950 [a month in rent].”

While many of its peers have focused on building critical mass in select markets, Reven is eyeing acquisitions across the country. It focuses on major metro areas with homes in its size range that offer job growth, rising rents, and home values. Its two-largest markets are Houston and Jacksonville, respectively.

By acquiring stabilized properties and then outsourcing property management, the company can expand nationally and still keep its costs relatively low. “We don’t have to have regional offices anywhere. We save all that money,” Carpenter says.

Where does he see the company five years from now? “I’d like to see us with 30,000 homes, but it’s all about raising capital. If we raise capital, we can get there,” he says.