REITs in the Community: Response to Coronavirus

See how Nareit member companies are working to minimize disruption caused by COVID-19. 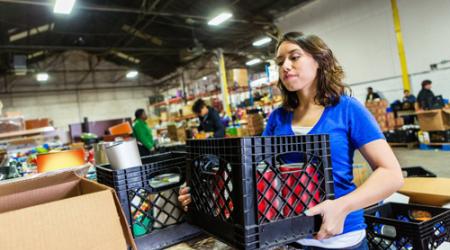 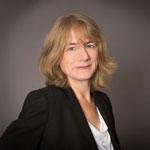 The latest job announcements and industry news from the REIT industry.

Brandywine Realty Trust (NYSE: BDN) President and CEO Jerry Sweeney was recognized for his contributions to the economy of the city of Philadelphia. Sweeney was named the recipient of the Edward Powell Award, given by Philadelphia Mayor Michael Nutter, the Board of Directors of City Trusts and the Edward Powell Selection Committee. The award is given every four years.

Brixmor also announced that Mark Salma joined the company as vice president of redevelopment. Salma will focus on Brixmor’s anchor space repositioning projects in the North region, with the goal of driving higher sales, traffic and small shop leasing at the property level.

CyrusOne Inc. (NASDAQ: CONE) said its CFO Kimberly Sheehy will be succeeded by Gregory Andrews, who most recently served as the CFO of Ramco-Gershenson Properties Trust (NYSE: RPT).

Duke Realty Corp. (NYSE: DRE) named James Connor as president and CEO, replacing Dennis Oklak, who stepped down as CEO at the end of 2015. Connor previously served as senior executive vice president and COO after joining the company in 1998. Oklak had served as CEO since 2004. He will remain with the company as executive chairman of the board.

First Potomac Realty Trust (NYSE: FPO) announced that Robert Milkovich, COO, has been appointed to the additional role of CEO and added to the Board of Trustees. This follows Douglas Donatelli’s decision to resign as CEO and as a trustee and Nicholas Smith’s resignation as chief investment officer.

Hudson Pacific Properties Inc. (NYSE: HPP) said CFO Mark Lammas will take on the additional role of COO. He has served as CFO and treasurer since the company’s 2010 initial public offering.

National Health Investors, Inc. (NYSE: NHI) said Eric Mendelsohn was named president and CEO. Mendelsohn has served as the company’s interim CEO since the beginning of August 2015. He joined NHI in January 2015 as executive vice president of corporate finance.

New Residential Investment Corp. (NYSE: NRZ) appointed Nicola Santoro, Jr. as CFO and treasurer. Prior to joining the company, Santoro was employed by FXCM, Inc. as its chief accounting officer.