The 2022: Q3 capital raising total represented a continued decline from 2021 when REITs raised $29.4 billion in Q3. The drying up of debt and preferred stock offerings was the most notable factor contributing to the decline. On Oct. 4, Realty Income announced the pricing of $750 million of senior unsecured notes yielding 5.625%.

During the quarter, two offers to acquire U.S. REITs were announced, with a total deal value of $15.6 billion. 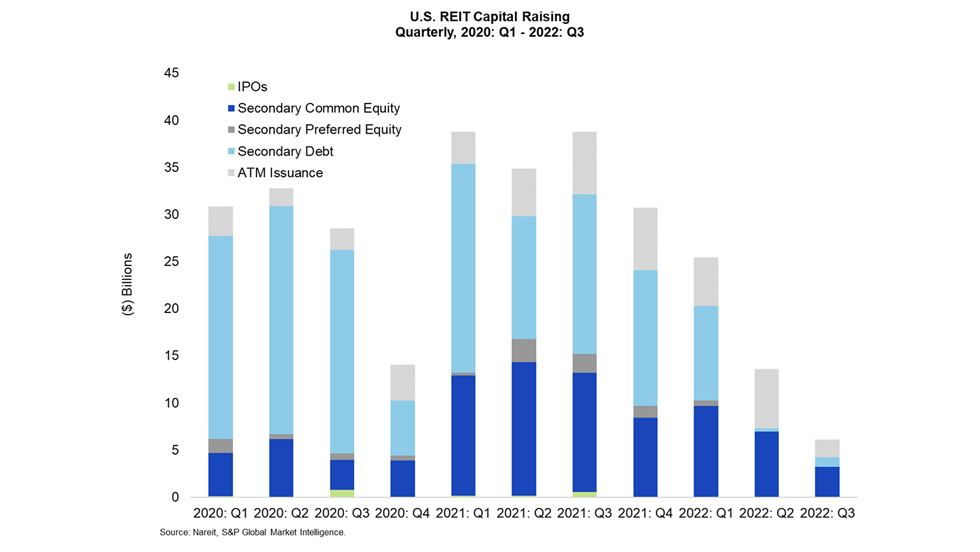 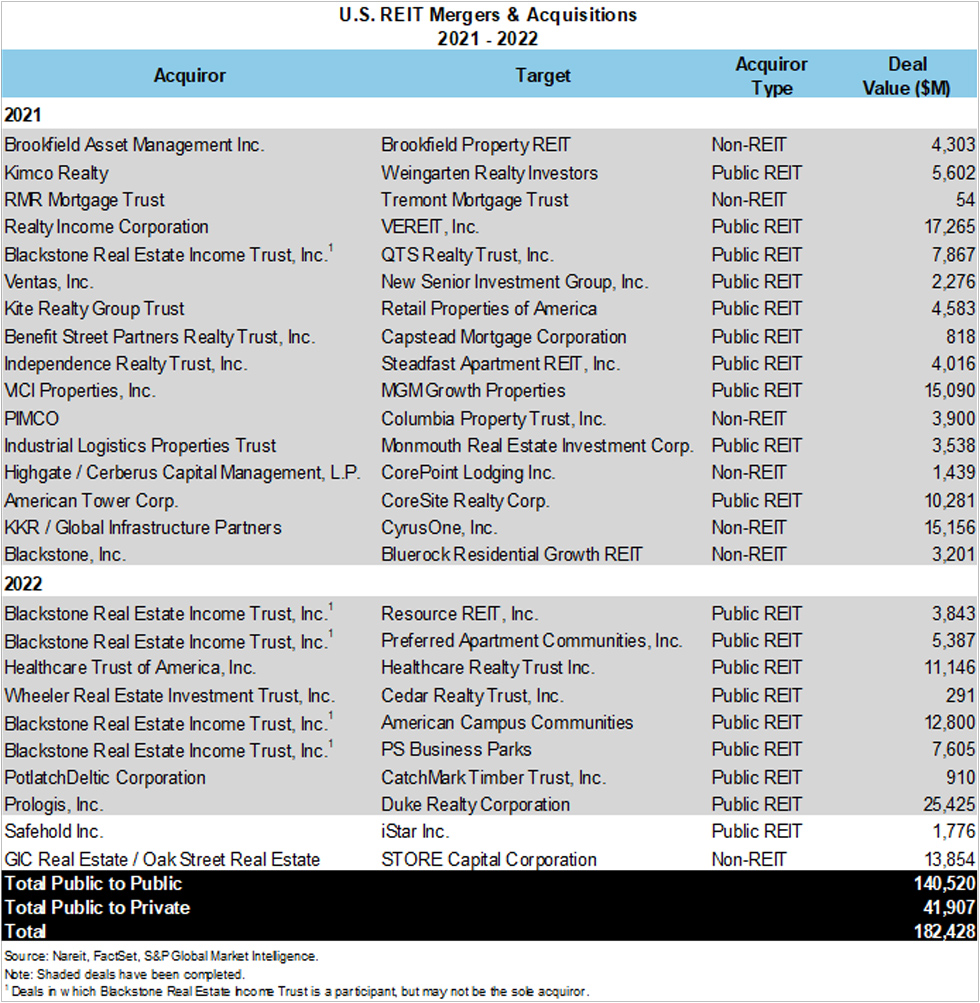 In 2022, 10 deals to acquire publicly listed U.S. REITs have been announced, representing a total deal value of $83.0 billion. Two of these deals were announced in Q3 for a total of $15.6 billion, and one of these transactions was an acquisition by another publicly traded U.S. REIT with a total deal value of $1.8 billion. Since the beginning of 2021, deals for 26 REITs have been announced or completed. Of the $182.4 billion in deal value represented by these acquisitions, 77% is attributed to acquisitions by other listed REITs. 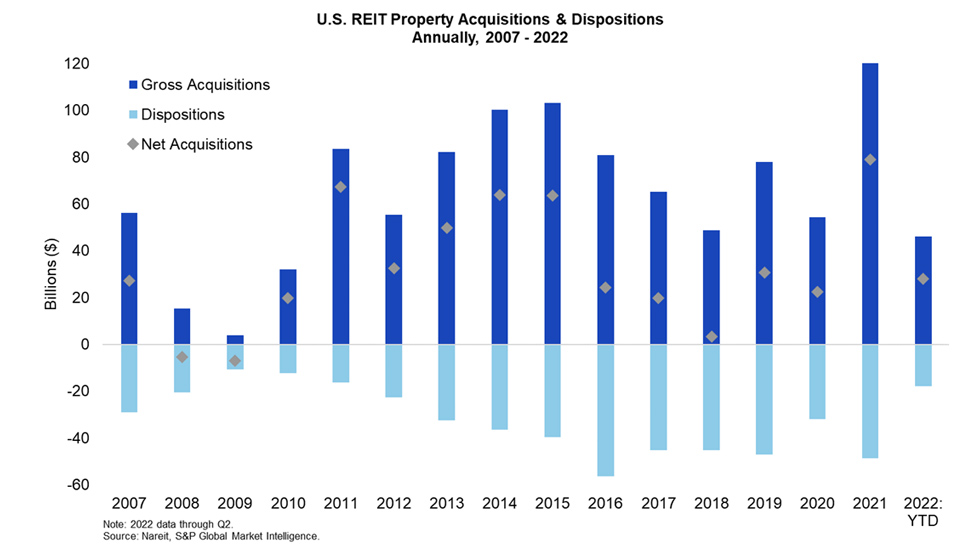