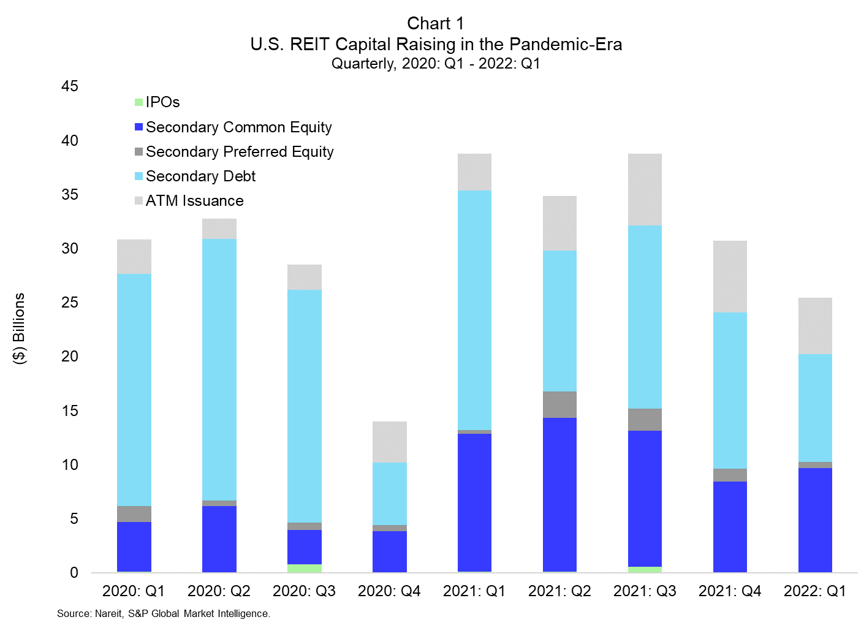 In 2022, five deals to acquire public-listed U.S. REITs have been announced. All five of the transactions, reflecting a total deal value $33.7 billion, represent acquisitions by other publicly traded U.S. REITs. Since the beginning of 2021 deals for nineteen REITs have been announced or completed. Of the roughly $118 billion represented by these deals, 28% is attributed to data center REITs, followed by retail at 27%, and residential at 25%. 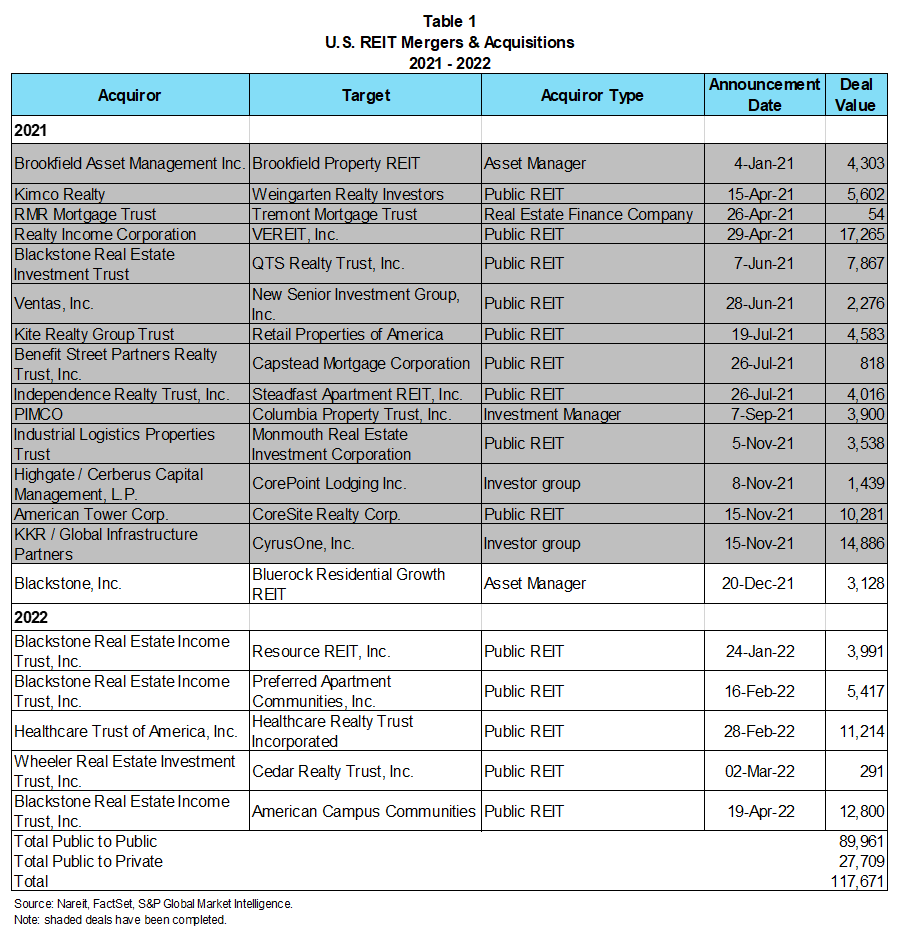 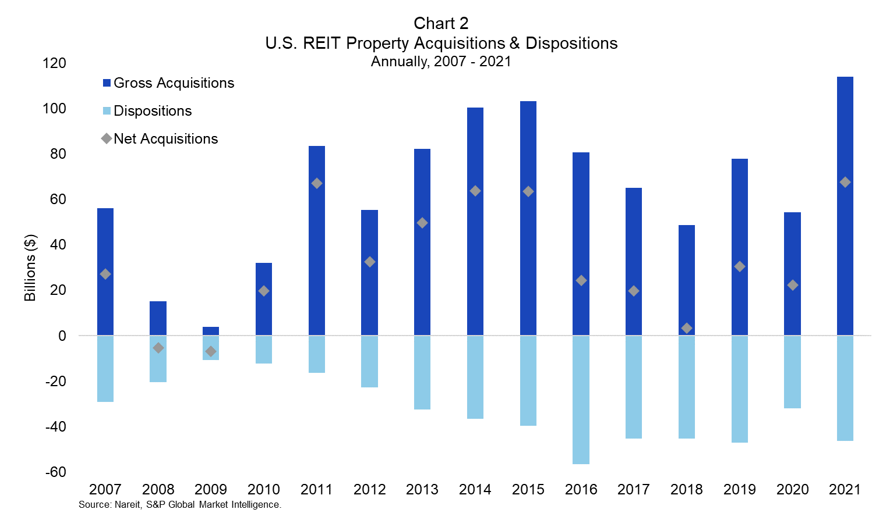 As shown in Chart 2, REITs have been net acquirors of real estate on an annual basis since 2010 and set a new record for net acquisitions in 2021, surpassing the previous high water mark set in 2011. Please see Nareit’s T-Tracker for further details.