Assessments made by credit rating agencies on the creditworthiness of debt issuers are a useful measure of market views on risk. Nareit first analyzed credit ratings changes in October 2020 , and this updates the analysis. While investors may tend to associate real estate with secured debt, REITs have significant amounts of unsecured debt. Nearly 71% of REIT debt is unsecured versus secured, according to fourth quarter results from the Nareit T-Tracker® . For the pandemic period, February 1, 2020 to February 28, 2021 more than 14% of REITs (by market capitalization) in the S&P 1500 received negative credit watches and outlooks, but actual downgrades did not materialize for most REITs. REITs outperformed most other GICs sectors with only 6.4% of the REIT market cap downgraded versus the 12.7% industry average. REITs were the second best performing GICS sector by this measure.

Credit rating agencies issue two types of statements about all major investment sectors, including REITs: negative (or positive) credit watches and outlooks, which warn that deteriorating (improving) conditions may lead to a downgrade (upgrade) in the future, and actual downgrades (upgrades) if those risks have been realized.

Since the beginning of the pandemic, S&P Global Ratings has issued negative credit watches or outlooks and downgrades that far outpace positive assessments for most sectors in the S&P 1500. Chart 1 tracks the number of positive and negative credit watches or outlooks issued by S&P Global Ratings through the pandemic. The chart shows the largest number in March 2020 as lock down orders and other pandemic measures started rolling out across the U.S. with numbers stabilizing by the end of May. Positive assessments start to occur with more frequency in October and remain at a higher level through the end of the year and the beginning of 2021. 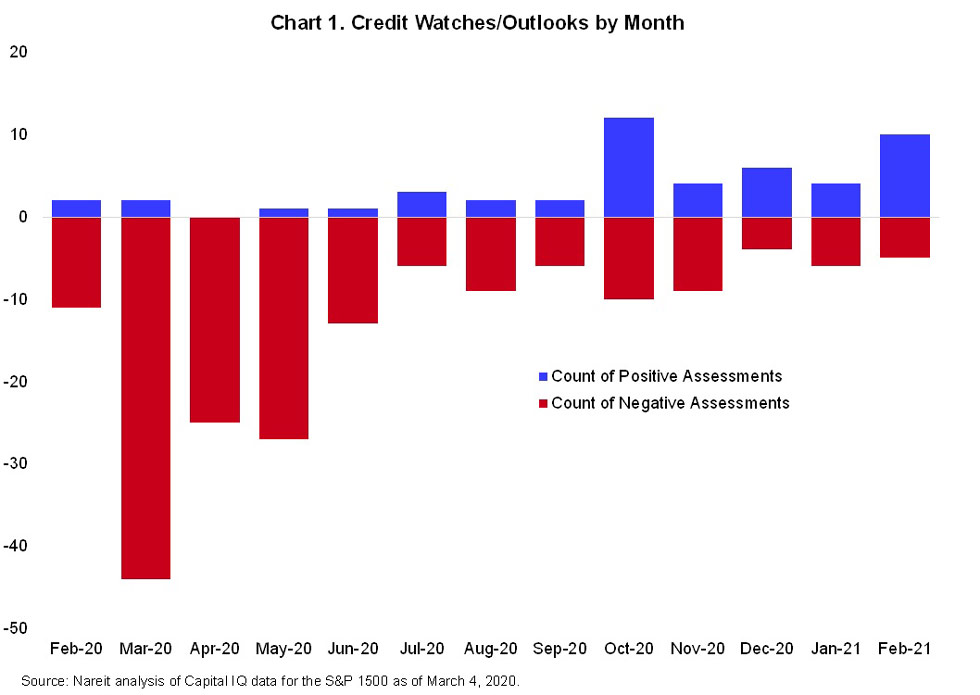 This pattern holds true for most sectors of the S&P 1500 and for REITs. Chart 2 shows the credit watches and outlooks issued by S&P Global Ratings from February 1, 2020 to February 28, 2021 by market cap of rated issuers. Watches and outlooks were sharply negative for most sectors, averaging 15.7% of market cap placed in negative status for the S&P 1500. In the previous analysis, REIT issuers fared below the sector average for market cap in a negative status. With a full year of data (and rebalancing of the S&P 1500), the REIT sector is slightly better than average with 14.2% of market cap under negative assessment. The watches/outlooks were spread across REIT property sectors affected by shutdowns or social distancing including Retail, Lodging/Resorts, and Office. 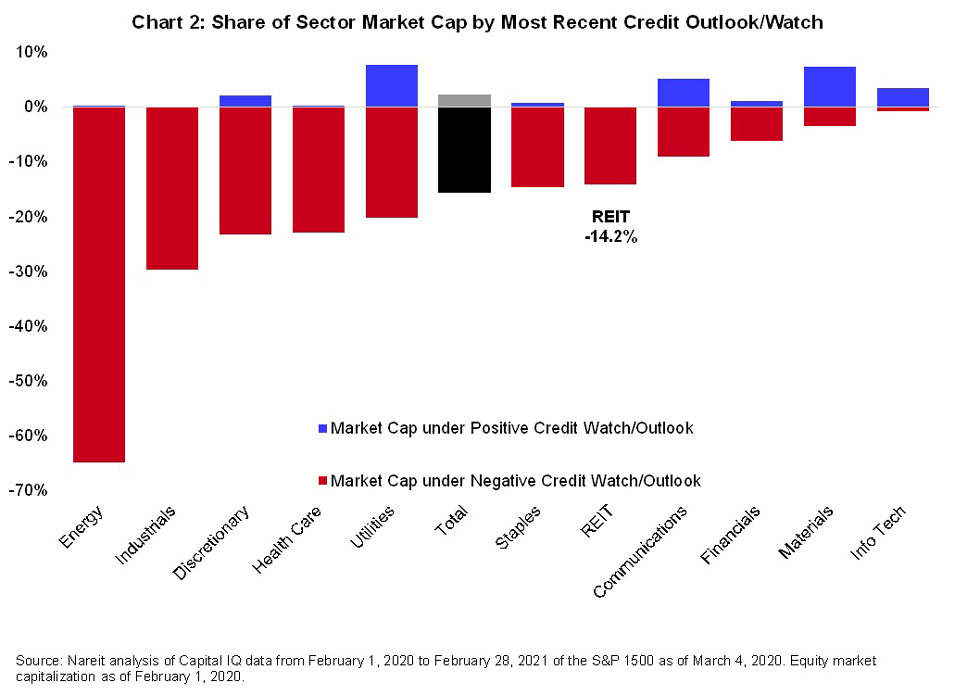 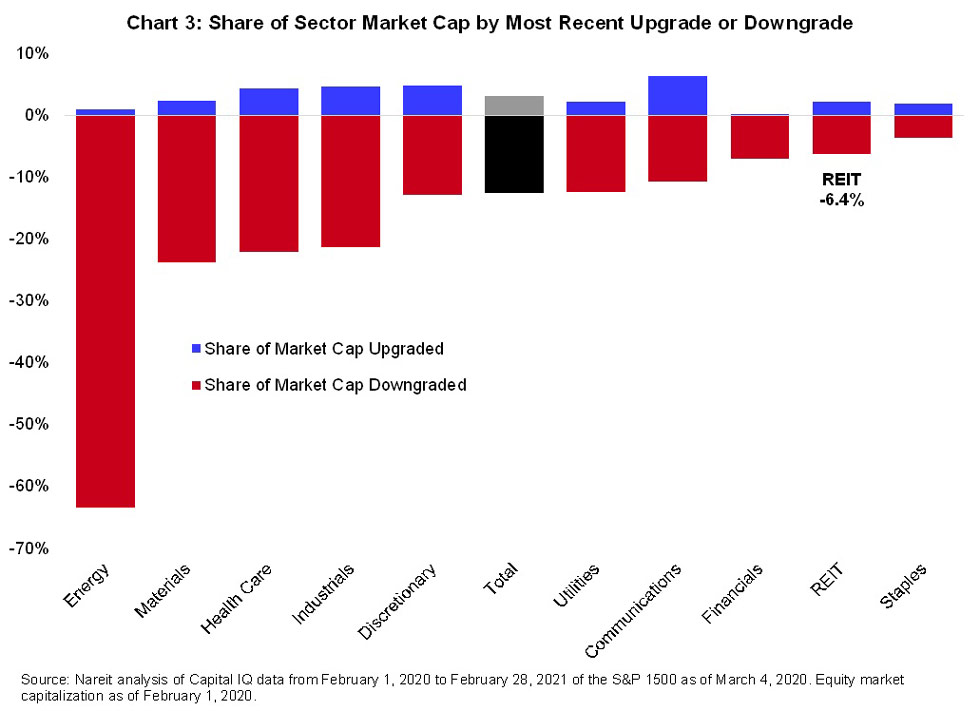 Taken together, the charts show the initial negative prognosis for REITs as the pandemic hit in spring 2020 show with credit watches and outlooks high for REITs and concentrated in March, April, and May. However, this updated analysis shows that with a longer time horizon, credit ratings changes did not materialize confirming that REITs were actually not as risky as initially perceived. REIT balance sheets were strong heading into the pandemic with easy access to cash and lines of credit, and operating performance proved to be resilient.