Will the Growing Trade War Clouds Rain on REITs and Real Estate?

There has been no shortage of troubling news on the economy. Trade wars are in the headlines and are already having an impact on certain sectors. For example, total U.S. exports fell at a 5.2% annual rate in Q2, shaving more than a half-percentage point from GDP growth, a sharp contrast from the positive contribution that trade made last year. Manufacturing firms have borne the brunt of the problems, and manufacturing output fell 3.0% at an annual rate in the second quarter.

But the U.S. economy includes more than manufacturing and exporters and is less exposed to export markets than are most other countries. As a result, many of the main economic indicators are holding up, including continued job growth and rising retail sales. 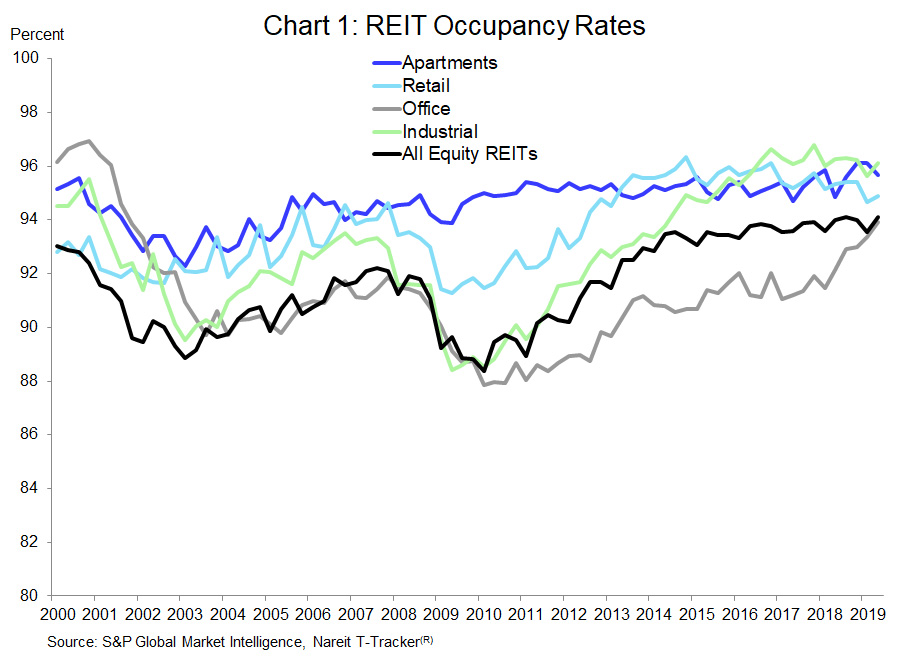 The commercial real estate sector has few direct links to foreign countries and today’s trade wars, and the growth of domestic demand for leased space has helped keep the sector growing. REITs have benefitted from this demand; for example, occupancy rates of properties owned by REITs rose to a record high of 94.1% in the spring (see the Nareit T-Tracker® for this chart and more data on operating performance of REITs).

REITs have outperformed the broader U.S. equity markets in 2019, in part because of their reduced vulnerabilities to trade shocks. REITs delivered a total return of 22.9% YTD through August 23, well ahead of the 15.1% performance of the S&P 500. 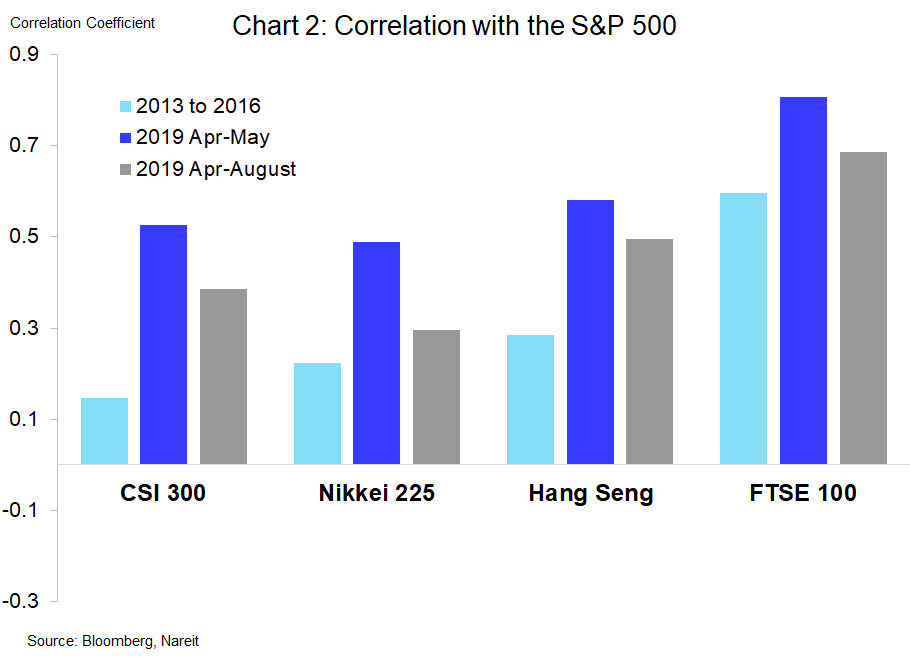 Holding REITs in a diversified portfolio has not only boosted returns this year, it has also reduced risks. Correlations between the S&P 500 and Asian stock markets spiked higher as the trade wars escalated this spring. Chart 2 shows how, relative to a baseline measurement from 2013 through 2016 (light blue bars), correlations of the S&P 500 with the Chinese, Japanese, Hong Kong and London markets rose sharply in April and May (dark blue bars). Exposures of U.S. equities to global shocks has remained elevated through mid-August (grey bars). 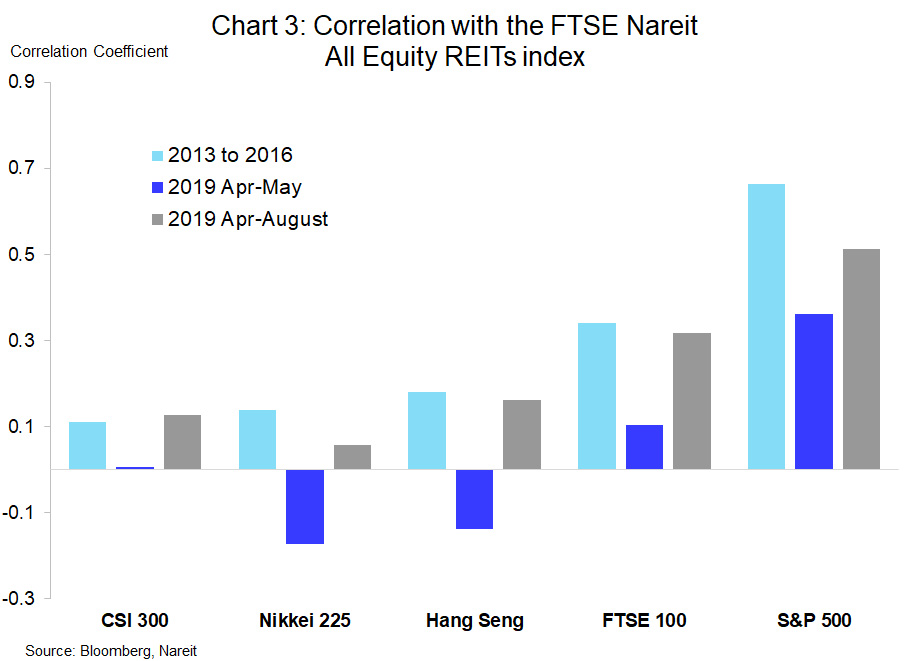 This low correlation, of course, makes perfect sense—and is why it is important to include REITs in a diversified investment portfolio. The economic forces that affect the demand for domestic U.S. commercial real estate differ from those affecting global corporations, and stock returns reflect these differences. Investing in income-producing real estate can not only boost portfolio returns, it can also reduce risk during turbulent times like today.

(For an earlier look at REITs’ role as a safe haven during the trade wars, see Gimme Shelter: REITs and Trade Disputes).