American Campus Communities, Inc. (NYSE:ACC) announced that Cydney Donnell will be appointed as the new chair of the board, replacing Edward Lowenthal who will retire at the 2021 annual meeting. Donnell has served on the board since 2004. She has been the director of real estate programs and an executive professor at the Mays Business School of Texas A&M University since 2006 and has served as associate department head of the Finance Department since 2011.

Federal Realty Investment Trust (NYSE: FRT) promoted Jeffrey Berkes to president and COO. In this newly created role, Berkes will have direct responsibility for Federal’s day-to-day property operating functions on both the East and West Coasts. He joined the company in 2000 as chief investment officer, and in 2011, became president, western region.

JBG SMITH (NYSE: JBGS) named Phyllis Caldwell to its board of trustees. Caldwell is an independent advisor, and the sole member of Wroxton Civic Ventures LLC, which provides advisory services on various financial, housing, and economic development matters.

Thomas Baltimore, Jr. has been named to the board of American Express Co. Baltimore is chairman, CEO, and president of Park Hotels & Resorts Inc. (NYSE: PK).

Seritage Growth Properties (NYSE: SRG) announced that Andrea Olshan has been appointed CEO and president and will join the board of trustees. Previously, Olshan was the CEO of Olshan Properties, a private real estate company that specializes in developing and managing a portfolio of retail and mixed-use properties throughout the U.S.

Ventas, Inc. (NYSE: VTR) announced that Maurice Smith, president and CEO of Health Care Service Corporation, has been appointed as an independent member of its board. Smith began his career at HCSC in 1993 and has served in a wide variety of roles.

Weyerhaeuser Co. (NYSE: WY) announced the appointment of Nancy Loewe as SVP and CFO. Loewe joins Weyerhaeuser from Visa, where she served as SVP of finance, and brings more than 20 years of financial and operating experience across multiple industries. 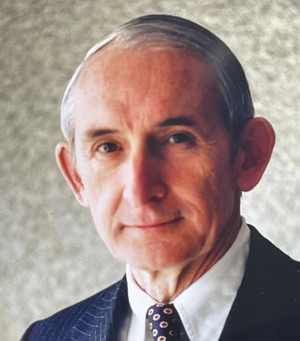 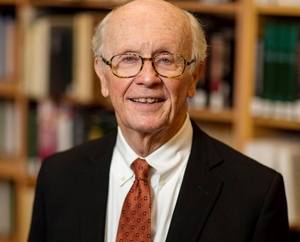 Parkway Properties, Inc. (NYSE: PKY), died in January at the age of 88. Speed was awarded Nareit’s Industry Leadership Award in 2008 in recognition of his “significant and lasting contribution to the growth and betterment of the industry.”

Speed was a REIT pioneer, beginning his career in 1978 when the industry was composed primarily of mREITs. He built an enterprise through the acquisitions of a series of mREITs through the 1980s and was an early champion of the potential for publicly traded equity REITs in the 1990s. Speed, who was married to his wife Bessie for more than 50 years, is survived by his son Warren.