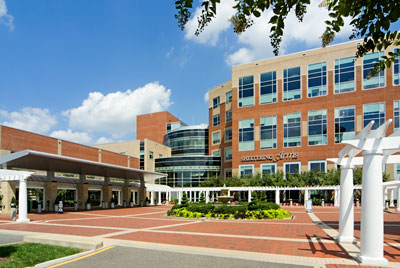 Hospitals and health care providers own roughly 80 percent of the $315 billion worth of medical office buildings (MOBs) in the United States, according to real estate services firm JLL. However, health care REITs are looking to capture more of the market share in the property sector as they search for stable assets.

“Health care REITs were under a bit of duress in 2015 because of concern about oversupply in the senior housing sector, reimbursement for Medicare and Medicaid patients, and a reduced ability to raise capital,” says Jordan Sadler, managing director at KeyBanc Capital Markets. In effect, MOBs provide a safety valve for health care REITs.

Danny Prosky, founder and managing director of American Health Investors and president and COO of Griffin-American Healthcare REIT, says hospitals began selling off some of their buildings and leasing back the space to reinvest in their core businesses back in the 1990s. The move resulted from new laws passed that limited the ability of hospitals to pay relocation bonuses to doctors to get them to move into on-campus offices.

Healthcare Realty Trust (NYSE: HR), whose portfolio is 90 percent invested in MOBs, has focused on those assets since it went public in 1993 because of the trend of delivering more patient care outside of a hospital setting, says Doug Whitman, the company’s executive vice president for corporate finance.

“Twenty or 30 years ago, we didn’t have the technology to provide cancer care and surgery on an outpatient basis,” Whitman says. “Not only are offices and ambulatory surgery centers a lower-cost setting than a hospital, they also provide greater patient satisfaction since most people prefer to avoid hospitals.”

Thomas Klaritch, executive vice president for medical office properties at HCP Inc. (NYSE: HCP), says MOBs are a stable investment. He notes that in the past decade, the company’s MOB business delivered an average same store-cash NOI growth of 2.8 percent.

About 30 percent of HCP’s portfolio is invested in its office platform, split evenly between life science research facilities and MOBs. Klaritch says HCP plans to grow these property types through acquisition and development.

“As a property sector, medical office is a big part of HCP’s investment strategy because of its remarkably stable organic growth profile and significant external growth opportunities,” he says.

Part of that growth is coming from a wave of consolidation among smaller physician groups and hospitals, as well as the shift of hospital services to outpatient settings. That is driving increased demand for more MOB space, according to Klaritch. In addition, the hospital systems prefer larger spaces and longer-term leases.

“Only about 15 percent of hospital-based medical systems are for-profit,” Klaritch says. “These systems have recognized the benefit of monetizing their MOBs to re-deploy the capital for other needs, such as technology upgrades. The not-for-profit systems have been slower to monetize, but they’re beginning to do this as well.”

Unlike some property types that attract investors to particular geographic regions, MOBs are valued in every submarket. However, their location within a health system has an impact on their attractiveness to investors.

Prosky points out that MOBs located on the campus of a successful hospital tend to be more sought-after because there’s a symbiotic relationship between the medical buildings and the anchor medical system. On the other hand, he says there are more development opportunities for MOBs in suburban outpatient facilities because they are cheaper to build.

“Even if you invest in off-campus facilities, though, you still want a relationship with a hospital to make sure you have long-term lease commitments,” Prosky says.

Physicians, particularly cardiologists, obstetricians and others who need to be in the hospital often want their offices to be in close proximity to the hospital. Therefore, they are more likely to stick to an on-campus location even if the rents rise, according to Whitman. 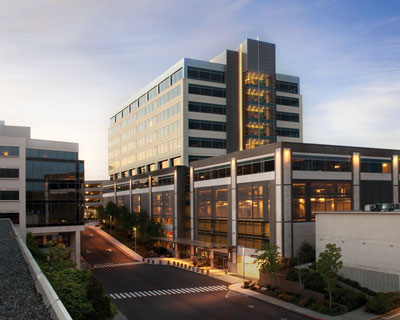 Even though some doctors want to be in suburban locations to be closer to their patients, landlords find that tenant retention is lower in those offices, according to Whitman. That makes it harder to raise the rent.

Not surprisingly, Sadler observes that “most of the health care REITs are buying on-campus MOBs, or at least those that are anchored by the local medical system.”

Since the last recession, some aging retail and office spaces have been converted to medical offices. Klaritch says those spaces don’t compete with specialty practices and diagnostic imaging offices that need purpose-built requirements such as the ability to hold additional weight for heavy equipment.

Welltower recently worked with Virtua Health, which is one of the leading health systems in Southern New Jersey, to build a state-of-the-art outpatient medical center that is connected to a new hospital in Voorhees, New Jersey.

“What made the project quite special is that we also built a new post-acute center and senior housing community within a mile,” Estes says. “All three of our partners are thriving, and they’re collaborating to deliver better care.”

Reimbursement for medical services by Medicare and Medicaid is based on where the services are performed. The highest reimbursement typically goes to hospital services because costs are highest in an acute-care facility. Typically, hospital outpatient departments in medical office buildings and ambulatory surgery centers have been labeled as part of the hospital and therefore receive reimbursement at hospital rates.

In late 2015, however, Congress enacted the Bipartisan Budget Act, which included a stipulation (Section 603) that reimbursement rates for care in off-campus hospital departments—defined as those 250 yards or more from the main hospital facility—will be at non-hospital rates beginning in 2017. Existing buildings have been grandfathered in at the hospital reimbursement rates, but future off-campus buildings will have to be reimbursed at lower rates.

There’s some uncertainty as to what qualifies as “grandfathered,” according to Sadler.

“The impact of the new rules is unknown so far, but I imagine there’s less risk to REITs invested in on-campus MOBs since they will be in high demand,” says Sadler. “It could mean even more of a pricing premium for on-campus MOBs or off-campus MOBs that have been grandfathered in.”

Whitman says that the difference in reimbursement could be as much as 50 to 60 percent higher at the hospital rate.

“I know a couple of hospitals are already rethinking locating a cancer care center a mile away from the main building, so we think the ability to own property and develop new buildings on-campus could become even more important for investors,” says Whitman.

Klaritch says HCP sees the recent change in reimbursement for off-campus hospital outpatient departments as an opportunity: The new rules are likely to drive demand and occupancy rates even higher for on-campus MOBs, which are the majority of HCP’s portfolio.

Roberts anticipates a bigger impact on health care REITs from the reimbursement changes.

“If reimbursement rates for doctors are pulled down further, these physician groups will have less money to spend on office space,” he notes.