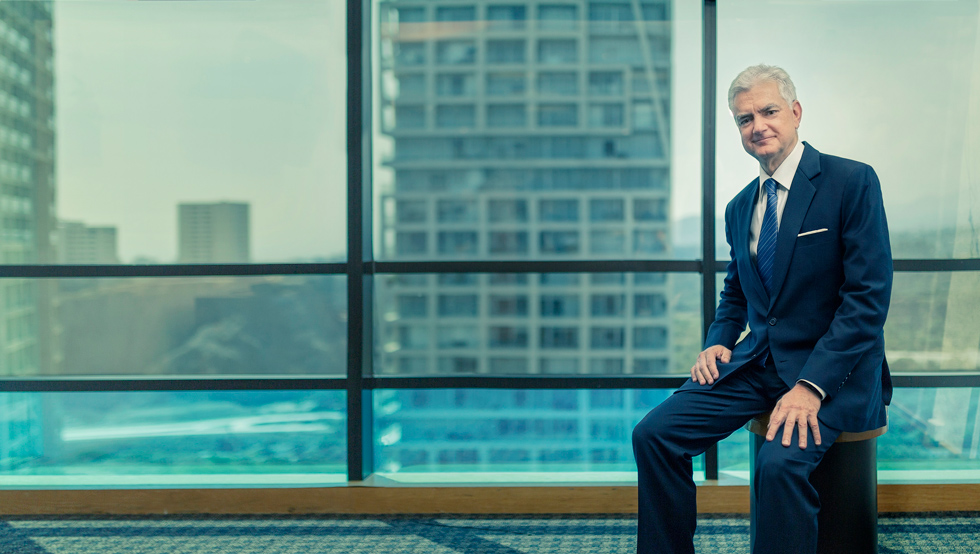 FIBRA Prologis’ (BMV: FIBRAPL 14) industrial real estate is exactly what you’d expect for a leading publicly traded real estate company tailored to today’s specialized logistics customers: state-of-the-art buildings boasting high ceilings ready to accommodate stacks of inventory ranging from electronics to apparel. The well-located buildings are positioned to give tenants quick and smooth access to traffic arteries feeding commercial cores. What sets the company apart from its global peers is that its portfolio is concentrated in Mexico, and the company operates as a FIBRA (Mexico’s version of a REIT).

“We have the best quality portfolio in Mexico,” says CEO Luis Gutiérrez. “If you take a picture of our parks and you don’t [identify] where they are, these parks could be anywhere in the world. The United States, Europe—anywhere.”

FIBRA Prologis has been a trailblazer in Mexico’s modern industrial era, which has grown and benefitted as global trade transcends borders and e-commerce increasingly becomes a way of life for consumers worldwide. More specifically, FIBRA Prologis’ strategy is to focus on class-A developments in six markets—Mexico City, Guadalajara, Monterrey, Tijuana, Ciudad Juarez, and Reynosa—and to serve both the consumption and light manufacturing sectors, which Gutiérrez describes as the “two most important structural drivers of the Mexican economy.”

“Most of our competitors choose one or the other,” Gutiérrez says. “Also, our focus on these six markets is related to a number of factors including population, natural barriers-to-entry, land scarcity, or proximity to the border.”

So far, that strategy is working. FIBRA Prologis’ stock has posted a compounded annual growth rate of more than 14% since its 2014 initial public offering. The portfolio boasts an average age of around 15 years—significant, given that industrial real estate has long been defined by low-slung, single-story spaces that many of today’s users would find ineffective.

Its 190 operating properties cover almost 35 million square feet that in the most recent earnings period were 96.6% occupied, up from 95.9% a year earlier. Mexico City, FIBRA Prologis’ largest market by size, is over 96% occupied and commands more than $76 per square foot, the portfolio’s highest rate. The company also diversifies its customer base, which analysts consider a smart move so that the income base isn’t reliant on one brand or sector. According to the company, its top 10 customers—companies in logistics, appliances, autos, paper/packaging, and other industries—represent some 20% of net effective rents. More than 80% of its customers, which include IBM, Amazon, DHL, and Bose, are multinational companies.

FIBRA Prologis has also addressed sustainability and social responsibility, something of increasing importance to REIT investors. More than 16% of its portfolio is LEED certified, and smart LEDs are being installed to better track and conserve energy use. The company is committed to building relationships with its communities and is vocal about its commitment to inclusion and diversity.

In 2018, JP Morgan initiated coverage of the company at “overweight,” saying “it has one of the best industrial portfolios in Mexico.” It highlighted the fact that the ceiling heights reach as high as 40 feet and that 80% of the portfolio is located in master-planned parks. “FIBRA Prologis remains a growth story, and we see little risk of dilutive measures,” the firm wrote in a client note.

The company also benefits from its relationship with Prologis (NYSE: PLD), one of the worlds’ largest REITs. FIBRA Prologis is externally managed by Prologis, giving it access to global customers, banking relationships, technology, research, and the right-of-first-refusal on all development in Mexico done by Prologis, Gutiérrez says. Prologis owns nearly half of FIBRA Prologis. “These are significant competitive advantages … and we are very fortunate that the global leader of logistics real estate is our sponsor,” he says. FIBRA is the “grown son of Prologis who still has the support of the family,” he jokes.

Sheila McGrath, a veteran REIT analyst who covers the company for Evercore ISI, agrees that the connection with Prologis is a plus. In 2016, she labeled the company “an opportunity to invest in a pure play Mexico industrial FIBRA with the highest quality portfolio, with a captive pipeline for acquisitions from its sponsor Prologis.” Today, she points out, this has become even more valuable.

Because industrial real estate has become so desirable, prices in many global markets have soared by more than 50% since 2013, but just 20% in Mexico. Cap rates have compressed globally, as investors favor the strong demand characteristics of the asset class, in part a beneficiary of demand from e-commerce, and the sector’s lower capital expenditure profile, particularly compared to the office sector. In Mexico, FIBRA Prologis can acquire high quality and stabilized assets—key, given that the development work is done and tenants are more likely to be in place—from Prologis at attractive cap rates. What’s more, the debt financing can be done in U.S. dollars, McGrath says. “This spread between cap rates and debt costs is not available in any other global logistics market,” she says.

Another selling point for FIBRA Prologis is that it follows the U.S.-based Prologis’ time-tested corporate governance methods, part of what makes REIT investments appealing to investors worldwide. “We have tremendous focus on governance and transparency,” Gutiérrez says. “We view ourselves as a company capable of producing Latin American returns but with U.S. style governance and reporting. This is another key differentiator and a big reason behind our success.”

FIBRA is an acronym for “fideicomisos de inversión en bienes raices”—Spanish for “real estate investment trusts,” and were first introduced in 2010. FIBRA Prologis has been public since 2014, but its roots go deeper to Grupo Accion, which was the first publicly traded real estate company in Mexico, Gutiérrez says.

Then, the company focused on logistics, shopping centers, and office. It had joint ventures with U.S. REITs including U.S. shopping center giant Kimco Realty Corp. (NYSE: KIM) and AMB Property Corp. (AMB, which focused on industrial space, merged with what was then ProLogis in 2011, just as the warehouse space was being transformed by e-commerce’s spectacular boom.)

The partnership with AMB led to a focus on logistics and an eventual acquisition by the company, Gutiérrez recalls. FIBRA Prologis was later spun out in an IPO. “I’m proud to say the same management team from the Grupo Accion days is still here and our mission remains the same—to deliver a total return that’s higher than the benchmark for our shareholders,” Gutiérrez says.

The company has grown along with e-commerce, which Gutiérrez says was almost nonexistent in Mexico until 2015, when several foreign companies came to the country. By working with sponsor Prologis, they signed Amazon.com to space in Tres Rios. “That marked a turning point, and soon thereafter several existing customers that were expanding space for their retail operations decided to dedicate those facilities to e-commerce,” he says.

E-commerce as a percentage of retail sales is about 4% in Mexico versus 13% to 14% in the U.S. Additionally, eMarketer, a respected data source, recently revised its forecast for e-commerce sales in Mexico up to $20 billion for 2019, putting the country ahead of Argentina and just behind Brazil—long a global powerhouse—at $24 billion. With the rapid growth of e-commerce in Mexico, the country could surpass Brazil in e-commerce sales by 2022. What’s more, FIBRA Prologis points out that e-commerce requires three times the logistics space compared to brick-and-mortar retailers due to high inventory, broader product variety, reverse logistics, and the shipping of parcels versus pallets.

According to JP Morgan’s initiation note, FIBRA Prologis’ footprint is “attractively exposed to the potential growth of e-commerce in Mexico, with 51% of online shoppers in the country located in its key markets, while 70% of Prologis’ current development pipeline and 65% of its land bank are in two of the main e-commerce demand regions.”

To be sure, there are things that keep Gutiérrez up at night: Guadalajara, Mexico’s second-largest city, has seen a rapid rise in supply in the last two years from new entrants; crime in Mexico continues drawing headlines; and more broadly, trade wars among the world’s largest economies. “Our strategy, properties, people, and sponsors are great, so it is things beyond our control—mainly geopolitical and macroeconomic,” Gutiérrez says. “We have to be prepared for change regardless of what causes it.”

Overall, according to Evercore’s McGrath, “there are many reasons to be bullish on Mexico longer term with its growing middle class and its younger population versus most areas of the world.”