REITs & Inflation Outlook 2022: What to Know

Inflationary pressure to the macroeconomy from the effects of supply chain interruptions will likely lead to moderate inflation levels over the next year, rising above the Fed’s target of 2.5% but likely well below historically high levels seen in the 1970s and early 1980s.

For investors looking for inflation protection in their portfolio, REITs have historically performed well during periods of moderate inflation in terms of market returns and operating fundamentals. REIT returns and operating performance have been higher on average in moderate inflation periods compared to low inflation periods. Early indications from the past two quarters suggest REITs are likely to perform well if we enter into a sustained inflationary environment.

Why Have REITs Performed Well During Periods of Moderate and High Inflation?

REITs provide reasonable protection against inflation because rents are not as sticky as other prices. Long term leases typically have inflation protection built-in, and shorter-term leases are based on current price levels. Also, REITs keep a portfolio of leases, a portion of which are negotiated every year, so even REITs with longer-term leases have opportunities to reprice. Finally, as owners of real assets, REITs typically enjoy an appreciation in portfolio value along with the price level. 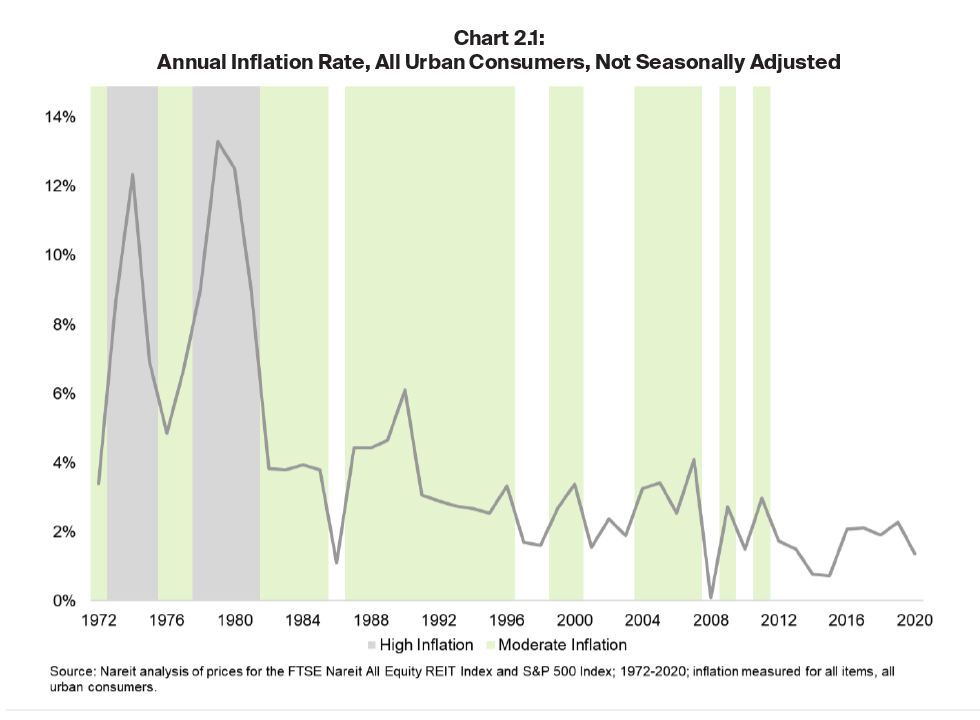 Chart 2.2 shows REIT dividends outpace the higher price returns on the S&P 500 during periods of moderate inflation leading total returns on REITs to exceed the S&P by 3.9 percentage points. In periods of low inflation, REIT returns slightly lagged the broader stock market. REIT returns have been resilient through many separate periods of moderate inflation. Comparing the latest data, for the 12-month period through October, REIT total returns of over 45% far outpace the CPI growth of 6.2%.

Operating performance shows a pattern similar to returns. Same store net operating income (SSNOI) from Nareit’s T-Tracker gives a conservative estimate of REIT growth during different periods of inflation. SSNOI doesn’t include growth from acquisitions and the data exclude some of the highest growth property sectors of the last decade—lodging/resorts, timber, infrastructure, data centers, and specialty. 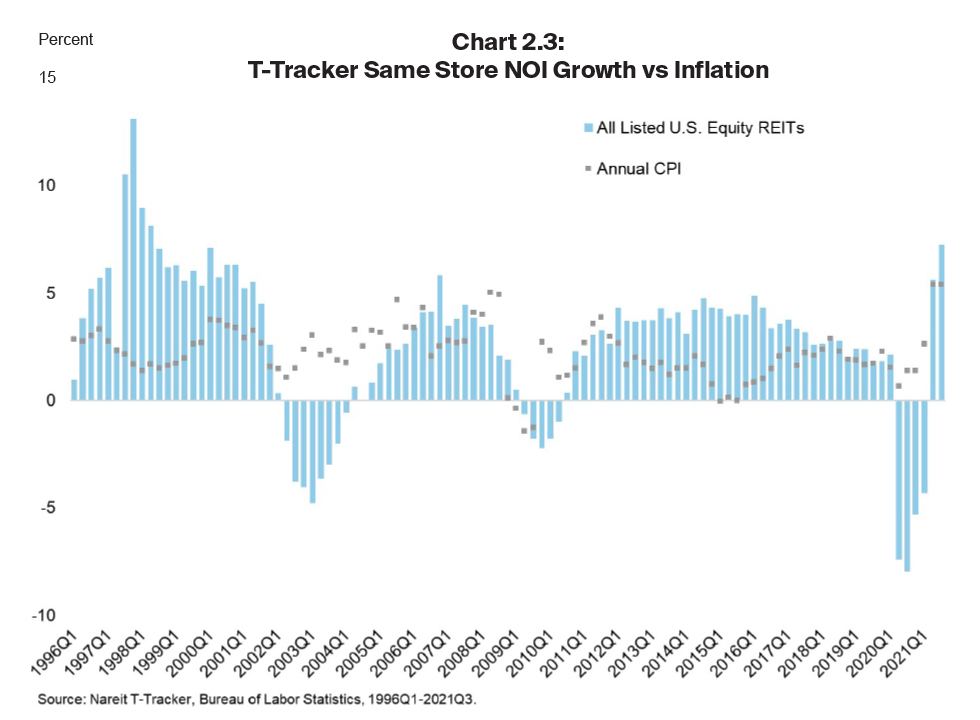 While past performance is not always predictive of the future, we can see that in the current environment REIT operating income is more than keeping pace with price level increases. In the two most recent quarters when CPI jumped over 5%, SSNOI outpaced the uptick in annualized inflation by 23 basis points in 2021Q2 and 187 basis points in Q3.