Effects of the Upcoming GICS Classification for the REIT Industry

The unprecedented addition of a Headline Real Estate Sector to GICS should have far-reaching implications for REITs. 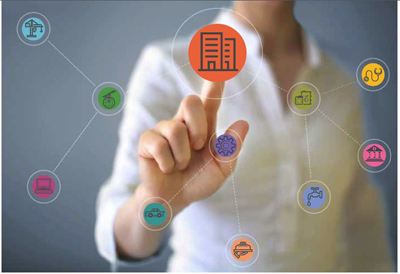 Since last year, Aug. 31, 2016, has been circled on the calendars of REIT professionals and dedicated REIT investors. However, what many consider the biggest development to hit the sector in 15 years may have a greater impact on those investors that previously overlooked REITs than anyone. After the market closes on that date, stock exchange-listed Equity REITs and other listed real estate companies will be elevated to a new Real Estate Sector in the closely watched Global Industry Classification Standard (GICS®), making it the 11th Headline-level Sector under GICS.

GICS serves as the de facto classification system for equities worldwide, providing an organizational framework for everything from performance analysis to product development. The move, which pulls listed Equity REITs and other real estate companies from their longtime home buried in the Financials Sector, might sound routine and wonky to the uninitiated, but it is far from it. This is the first time since the launch of GICS in 1999 that a new Headline Sector will be added. It shows just how prominent the real estate and, in particular, the listed Equity REIT space – praised for its handsome dividends, seasoned leadership, sound returns and diversification benefits – have become.

Consider this a real estate classification revolution. Although the exact list of constituents of the new Real Estate Sector has not yet been announced, guidance provided so far suggests that about 95 percent of the companies will be listed Equity REITs, showing the sector’s strength. Mirroring a similar reclassification move made to the North American Industry Classification System in 2007, this latest development is already fueling increased discussion about the real estate asset class that includes trillions of dollars’ worth of holdings nationwide.

Simply, listed Equity REITs and real estate companies will no longer be a niche, but rather representative of the distinct real estate asset class. It is a “momentous event for the industry,” says Michael Knott, director of U.S. REIT research for Green Street Advisors, a real estate research firm.

“It is a proper recognition that the public real estate arena is large enough and distinguished enough from Financials to be staked to its own Sector,” Knott adds.

Indeed, this move “raises the prominence of real estate,” says David Blitzer, who worked on the change as managing director and chairman of the Index Committee at S&P Dow Jones Indices, which jointly oversees GICS with MSCI Inc.

The GICS promotion is reminiscent of the decision in 2001 to include REITs in the S&P indexes. REIT supporters cheered when Equity Office Properties Trust, the largest U.S. Equity REIT at the time, became the first REIT included in the S&P 500 Index, widely considered the most important benchmark for the largest American corporations.

In the last quarter century, the total equity market cap of exchange-listed U.S. Equity REITs has skyrocketed from $9 billion to $900 billion, and as of earlier this year, the S&P 500 included 26 REITs. The S&P indexes as a whole include roughly 90 REITs now.

The effects of the GICS promotion should be felt even quicker around the REIT industry, according to Michael Grupe, Nareit’s executive vice president for research and investor outreach. “I think it’s reasonable to expect that… some of these effects on how REITs trade and perform should become apparent within the next few years,” he says.

Just what will those effects be? Industry observers consistently cite a few.

In a sense, the process of achieving a Headline Sector proved that the REIT approach to real estate investment is enduring and solid.

The performance of the industry during the financial crisis paved the way for the GICS decision; REITs survived the one-two punch that took down banks and left millions of square feet of housing in foreclosure.

“The Great Recession was a great test, and a lot of financial products didn’t pass that test,” says Steven R. Brown, senior vice president and portfolio manager for American Century Investments. REIT stocks “sold off, but they didn’t implode, and they bounced back and people saw the long-term characteristics.”

“We decided it was time to seriously discuss real estate,” Blitzer recalls.

Following the evaluation period, the answer was straightforward, according to Blitzer: REITs are “clearly considered quite legitimate and here to stay.”

A dedicated GICS Real Estate Sector means that Equity REITs should receive more attention from institutional investors, individual investors and financial advisors, so look for a more diversified group of owners. This “could create a greater level of institutional investors in REITs as generalist investors who had a zero percent weight in the space” reconsider that decision, Brown says.

Some of the increased visibility could come as more investment plans embrace REITs. While many 401(k) plans already offer REIT funds as an option for “alternatives” selections, this increased visibility could drive greater adoption as more plan “sponsors seek to provide the potential diversification benefits of real estate for stock and bond portfolios,” according to real estate investment firm Cohen & Steers, which has been an active investor in real estate securities for three decades.

Furthermore, the already populated pool of analysts covering listed Equity REITs could grow. And while the media’s interest in listed Equity REITs has gradually picked up over time, many mainstream publications will likely boost their coverage – and, potentially, criticism – of the space.

Although REITs in many ways have stripped away the connotations of being a niche investment, some generalist investors still struggle to grasp the unique characteristics of their operations and performance. A Headline-level Real Estate Sector will likely breed better understanding, with less confusion surrounding many industry-specific terms such as “funds from operations” and “net asset value.”

Other common misconceptions, including the notion that REITs are a proxy for the housing market, could also be dispelled, according to Cohen & Steers.

As investors of all stripes grow more familiar with REITs, that should encourage investment decisions based on business fundamentals. Investors may be less inclined to use REITs as they do financial companies to express their views on interest rates, a welcome fact after recent fears weighed on the entire sector. Similarly, a better understanding of REITs could lead to closer attention to the differentiated property sectors, allowing active and thoughtful management to shine, according to Cohen & Steers.

Over time, the changes could be more far reaching.

As an example, Nareit and others maintain that Equity REIT stocks may experience lower volatility thanks to increased liquidity and the separation from the Financials Sector. With a larger and more diverse investor base, the reclassification may also help further moderate the severity of real estate market cycles, with attendant benefits for the broader economy, Grupe said.

The distinction and visibility of real estate investment also will likely fuel the creation of new investment products, such as active and passive mutual funds and exchange-traded funds focused on the new Real Estate Sector. Advisors and managers will have more fund options to recommend to clients, which could encourage and facilitate positive capital flows into listed real estate equities, Grupe said. Indeed, in late 2015, State Street Global Advisors announced the launch of the new

Perhaps most importantly, those under-allocated to the real estate asset class could have some explaining to do. Grupe predicts that investors will begin asking more questions about their exposure to REITs.

“Those conversations probably seldom take place,” he says. “That will likely change, and that’s what’s important for all concerned.”

The amount of subsequent investment could be meaningful, with estimates ranging from $30 billion to $100 billion in new capital coming into the industry, as equity funds that have been significantly underweight in real estate look to achieve a market-neutral position. While Bohjalian doesn’t expect generalists to suddenly incorporate decades of learned behavior, “with the added transparency in sector performance, managers may want to consider the potential consequences of being underweight in an asset class that has outperformed the S&P 500 over the trailing 10-, 20- and 30-year periods, as well as in [seven] of the past 10 calendar years.”

Established in 1999, GICS is a four-tiered classification system for listed equities worldwide that has become a global standard. It provides a structure for investors, analysts and economists to consistently identify and analyze investment performance and economic activity, as well as to develop investment policies, products and research.

What is performing better – Financials or Real Estate? GICS provides a quick and easy comparison.

The classification includes four levels of analysis ranging from the most general Sector to the most specific Sub-Industry. Not surprisingly, Information Technology is the largest sector, followed by Financials and Health Care.

The changes will be implemented by MSCI and S&P Dow Jones Indices as part of their annual index rebalancing on Sept. 16, 2016. (A list of specific companies affected by the announced changes is expected no later than July 1, 2016.)