Historically, REITs have performed well during periods of rising long-term interest rates with average four-quarter return in periods with rising rates of 16.55% compared to 10.68% in non-rising rate periods from the first quarter of 1992 to the fourth quarter of 2021. Additionally, REITs outperformed the S&P 500 in half of the periods when Treasury yields were rising. The positive association that has historically been observed between periods of rising rates and REIT returns is consistent with an improvement in the underlying fundamentals. 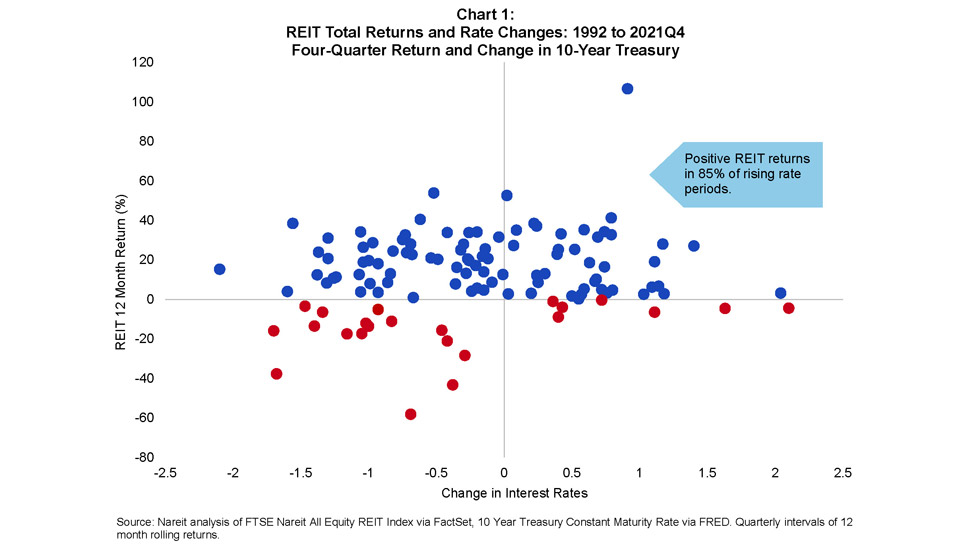 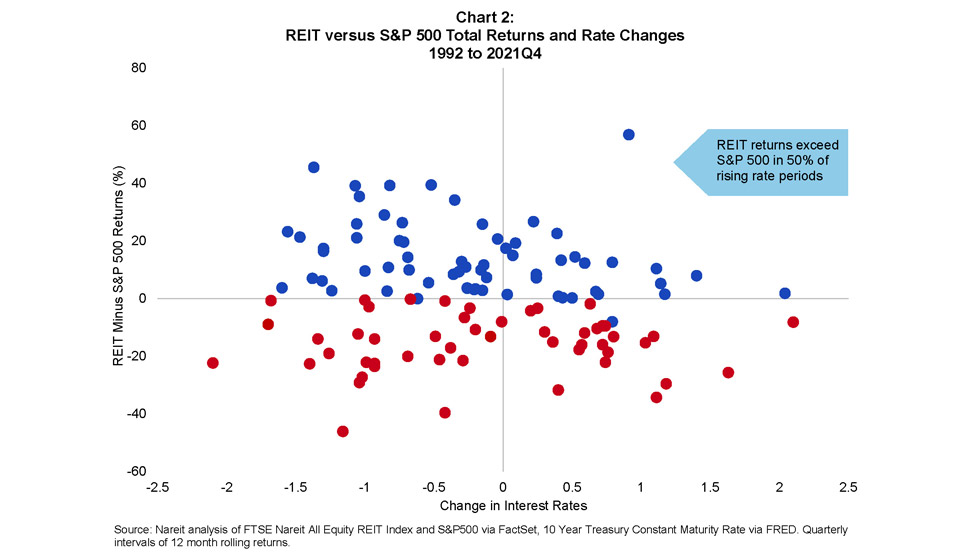 REITs have also outperformed broad equity indexes during many of these periods of rising interest rates. The relationship between the four-quarter change in the 10-year Treasury yield and the difference between four-quarter total returns on REITs and the S&P 500 is shown in Chart 2. REITs outperformed the S&P 500 in half of the periods when Treasury yields were rising from the first quarter of 1992 to the fourth quarter of 2021.

REITs appear to be well prepared for higher interest rates in the months ahead, according to the Nareit T-Tracker® , a summary of operating performance and financial position of the listed REIT sector. REITs have strengthened their balance sheets and reduced exposures to interest rates.